Menu
Editor Nature Methods
From the editors, News and Opinion

Dr. Marc Zimmer's new book The State of Science explores the field of science and innovation in the 21st century and shows where it is heading in the future.

The constant need to explore and explain their surroundings is inherent in the nature of humankind. As a species, we have been conducting experiments and pursuing scientific inquiry for at least five millennia. In 2020, science and technology are responsible for the luxuries we take for granted –vaccinations, advanced medicine, food preservation, global travel etc. Ever increasingly, science is being applied to improve the quality and length of our life on earth. What is the role of science in the 21st century? What are our responsibilities as scientists and also as citizens? Is our scientific progress sustainable? These questions make the crux of Dr. Marc Zimmer’s new book – The State of Science.

A veteran scientist himself, Dr. Zimmer offers a sneak peek into the lofty world of science and innovation. With this extremely time-appropriate book, the author explains that, now more than ever, we are dependent on scientific advancements to bail us out of global disasters. With catastrophes like global warming, population explosion and rising sea levels looming, we are relying heavily on future scientific breakthroughs to find a solution.

Scientific discoveries are intricately linked to the socio-economic systems of our nations. There is an ethical cost to such progress, argues the author. With previously undreamt-of advances like stem cell therapy and gene editing now at our disposal, humans run the risk of playing God. Just because we now have the power to create a ‘perfect’ human or return a species from extinction, doesn’t give us the right to wield it. The author paints a bleak picture of a future where expensive, cutting-edge technologies could be used by the rich to enhance health, leading to the emergence of a medically privileged populace – Homo superior. The future is not clear, says Zimmer. Can the human civilization keep up with the breakneck speed at which science is progressing the 21st century?

The author writes that one of the biggest problems faced by the scientific industry is politicization and perversion of facts. Dr. Zimmer draws on the examples of the tobacco industry which has lobbied relentlessly for cigarettes and climate change-deniers backed by the coal industry, to show how distortion of science can be used to seed suspicion amongst the general population. What I found particularly impressive about this book was its pertinence. This book was written before the COVID-19 onslaught, and yet the author’s ideas on the misrepresentation of science and public mistrust ring especially true in the pandemic era. Politicians, religious leaders and other powerful people are quick to cast doubt on any scientific fact that does not align with their agenda. The current pandemic has further underscored the dangers of politicization of science. Mistrust sowed in the form of ‘alt-facts’ and politicization of simple practices like wearing a protective mask can have disastrous effects, as the rising infection numbers prove.

It is the fundamental property of a scientific fact, that it cannot be argued against or be reworked to suit the arguer. As scientists, Zimmer explains, the responsibility lies with us scientists, to make science approachable and understandable to non-experts.  Scientists have become too unreachable and aloof, and the disconnect between them and the lawmakers and the public is only increasing. We are in charge of the future of our planet and our species. For the sustainable and ethical application of science, the channels of communication with the public needs to be open.

This may be a quick read, but it is hard-hitting and impactful. When I first started reading it, I began highlighting the interesting and important passages, only to realize I was scoring the entire book. Lucid and engaging, this book will take you on a journey through science, from how the word ‘scientist’ was first coined to the impact of diversity and representation on science and how scientific policies framed in the upper echelons of the government can have far-reaching consequences. Informative for both scientists and non-experts alike, this is a terrific and timely book for anybody with even a passing interest in the world around us.

*I received a free copy from the author in exchange for an honest review. 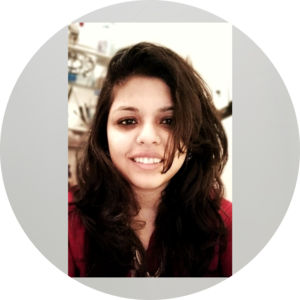