The brain tumour microenvironment is a topic of intense current interest. Access to precious human tissue material is however often limited. Our recently published protocol provides the community with an extensive toolkit to extract large amounts of information from very small tissue pieces.
Klara Soukup and Roeltje Maas
2 contributors
Like Liked by Evelina Satkevic and 1 other
0

More than 300,000 new cases of brain cancer are diagnosed worldwide every year. While many ground-breaking discoveries have revolutionised cancer treatment over the past decades, a genuine breakthrough for brain cancers is still missing (as recently also highlighted by the New York Times).

The non-cancer compartment of tumours, the so-called tumour microenvironment, has been an area of intense research for several decades now. Many different cell types have been identified in this environment, including immune and stromal cells. And many of these cells have been found to play critical roles in promoting or suppressing cancer growth – either through their bona fideproperties or due to active subversion of their otherwise normal functions by cancer cells. These discoveries have enabled the development of innovative new treatments such as immunotherapies that have entered the main stage of cancer therapy. They have also resulted in a true paradigm shift for how we view cancer treatment today: targeting the non-cancerous microenvironmental cells might actually be of equal or perhaps even greater importance than targeting the rapidly proliferating cancer cells themselves.

However, brain cancers have historically been relatively understudied compared to many other cancers – and knowledge about the composition of their unique microenvironment remained limited. Considering the long history of Dr. Johanna Joyce’s lab in tumour microenvironment research in other organ sites, and the still limited treatment options for brain cancer patients, several years ago Johanna and her lab decided to embark on a journey to figure out what exactly defines the non-cancer compartment of brain tumours. They were particularly interested in investigating immune cells, as a number of clinical trials were showing poor efficacy of immunotherapies in brain tumours.

Generally speaking, research can sometimes be limited by resources – whether human, funding, and/or material, such as the availability of tools or expertise. In brain cancer research, the possibilities are often defined by limitations in access to precious human tissue for analyses. While animal models help to overcome this limitation in many aspects, patient tissue is nonetheless an indispensable source of information to fully understand the human disease. The Joyce lab therefore considered it critical to improve the feasibility of analysing human brain cancer tissue for a large community of researchers, and to push the boundaries on which type of information about the tumour microenvironment one can extract from very small surgically resected tissues.

This journey began when Johanna’s lab was still at Memorial Sloan-Kettering Cancer Center in New York, with a postdoc and a PhD student (Florian Klemm and Bobby Bowman) who together with Johanna were compelled to answer two major questions: 1) Which immune cells, and particularly which types of macrophages, can one find in human brain cancers – and are those the same in every type of brain cancer? And 2) How are these cells transcriptionally regulated in the singular environment of the brain? Do they share common programs of alteration compared to healthy individuals? Through a close collaboration with the neurosurgery department, they began collecting tissues from resected primary and secondary brain cancers (gliomas and brain metastases, respectively). They froze, dissociated, stained and sorted cells. They carefully processed every single piece of tissue they received directly from the neurosurgery suite, meticulously taking care not to waste even a single microgram of tissue.

In 2016, a new era dawned. Johanna was recruited to the Ludwig Institute for Cancer Research, University of Lausanne, and relocated her lab from the US to Switzerland. More and more people joined the growing clinical sample team, including both of us in the fall of 2017 and Mara Kornete in 2018. When we came to Johanna’s lab, we were lucky to find ourselves in an environment where the value of clinical human brain cancer samples was already firmly established, and a biobank had been put in place at the Centre Hospitalier Universitaire Vaudois (CHUV), initiated and coordinated by Prof. Monika Hegi. This setting allowed each of the new members who joined the lab, including us, to start adding key components to the original sample processing pipeline: We optimized the freezing strategy, pushing for both optimal spatial tissue conservation, as well as maximum flexibility for using the samples at a later time for as many different analyses as possible. We began collecting matched patient blood to complement tumour micro- with systemic macro-environment analyses. We explored which tissue dissociation method would allow us to extract the maximum number of diverse immune cells as possible, while at the same time maintaining their bona fide activation profile. We ventured into the world of targeted cell isolation and functional assays, always reaching for the stars – the highest purity, the maximum yield, the best viability, the lowest input material. We dug deep into the literature, to put our own “twists” on protocols that had been developed in other contexts. We tried, optimised, and tried again; wrote and re-wrote SOPs; and step-by-step we kept decreasing the minimum required input amount for each of the analyses that we were able to add to the ever-expanding pipeline1.

The concept of orthogonality – the ability to use parts of the same tissue for different analyses, allowing one to validate findings via independent methods – formed the core around which we constructed our SOPs. And this proved extremely valuable, as our lab published the first comprehensive map of the immune cell landscape across multiple types of human brain cancers, and identified unique transcriptional profiles of brain tumour-associated macrophages2.

Why did we keep pushing the limits so hard? Well, for one part because our scientific curiosity – and a decent portion of ambition – demanded to know where those limits actually were. Another reason certainly lies within the nature of some of the immune cells we work with, which are particularly fragile and difficult to handle. But one thing is for sure: we are delighted to now be able to provide a large community of researchers around the world with an extensive, multi-modular protocol that will allow them (also the non-immunologists!) to dig deep into the microenvironment of human brain tumours, even if only very small tissue pieces are available from the operating room. With this valuable playbook in hand, we hope that research on brain tumours will advance at a faster pace than ever, paving the way for more effective therapies to be developed in the future. 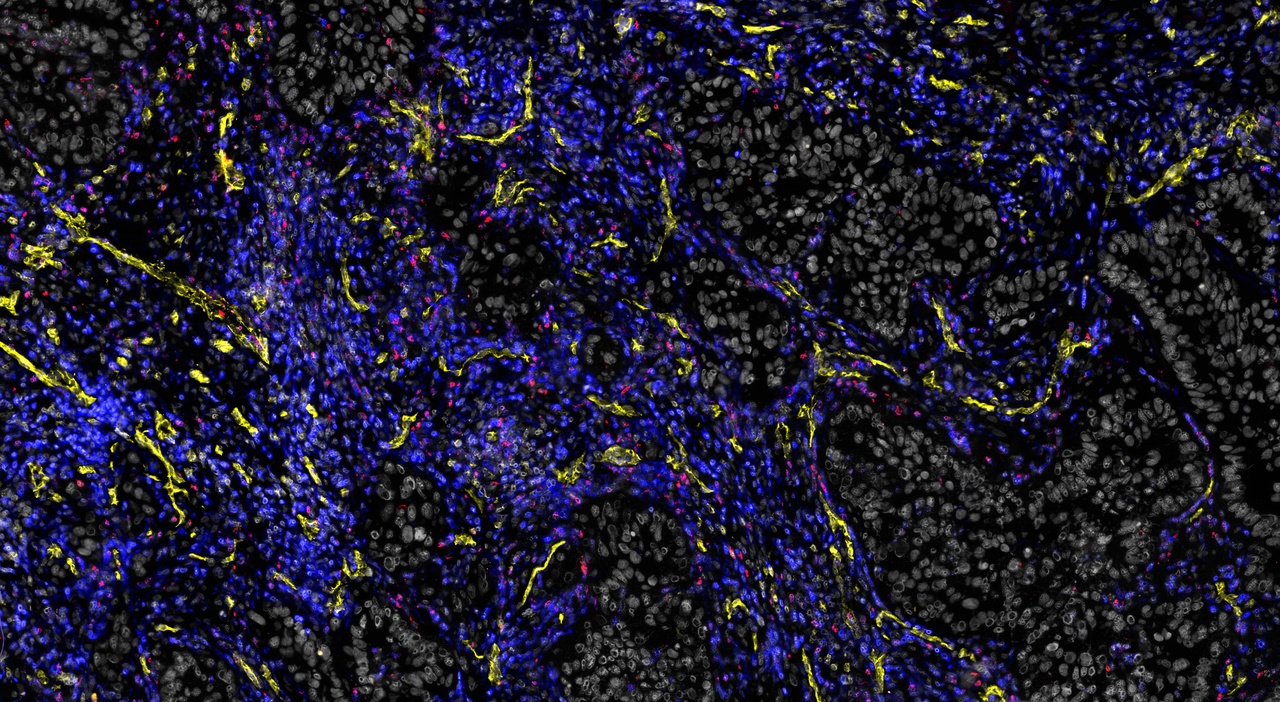 The brain tumour microenvironment is a topic of intense current interest. Access to precious human tissue material is however often limited. Our recently published protocol provides the community with an extensive toolkit to extract large amounts of information from very small tissue pieces.