The gut is increasingly recognised as a major site of importance for all aspects of human health, but many basic questions remain unanswered. We made a serendipitous discovery which led to the development of a method for isolation of previously-inaccessible intestinal immune compartments.
Peter Bjørnlund Jørgensen and Thomas Fenton
2 contributors
Like Be the first to like this
0

The authors present a protocol for isolating and studying human gut-associated lymphoid tissue.

Although we rely heavily on reductionist experiments, biology is fundamentally the study of complex systems. As such, serendipity plays a major role in biology research, and biologists must always plan to take advantage of unexpected findings wherever they arise. Our moment of serendipity came during a late-night dissection of human intestinal samples, while optimising methods for individual projects. Thomas noticed that two layers of the gut wall sometimes peeled away from one another, and attempted to reliably reproduce this to improve viability of cells after tissue digestion. After months of optimisation, we had combined this method with a staining technique used in endoscopy and, to our delight, discovered we could isolate tiny structures known as gut-associated lymphoid tissues (as visualized here by immunofluorescence microscopy - Credit to Urs M. Mörbe).

Perhaps the most notable aspect of this story is that these new techniques do not involve highly sophisticated equipment; the key discovery was simply peeling two tissue layers apart under a dissecting microscope. It is reassuring to note that in the 21st century, when new -omics and bioinformatics technologies are published weekly, it is still possible to make meaningful discoveries with just curiosity, a supportive research environment, and a basic stereo microscope.

PDRA, The University of Edinburgh 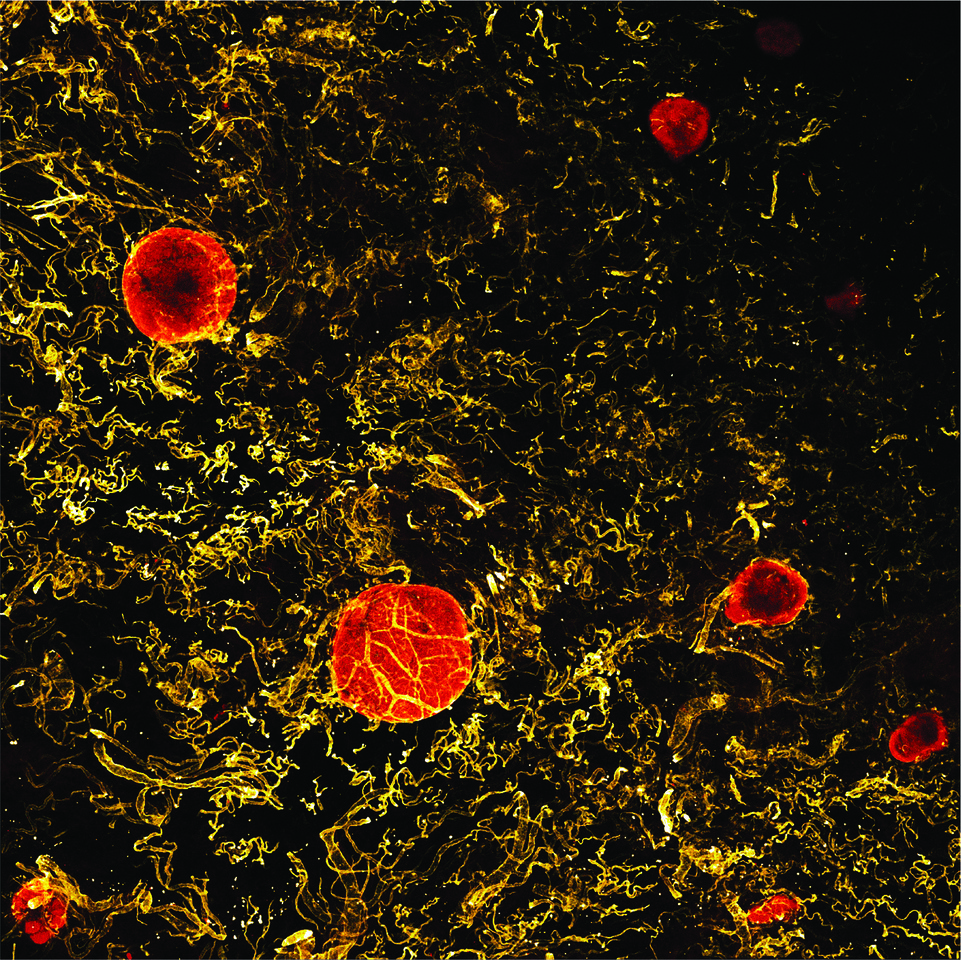 The gut is increasingly recognised as a major site of importance for all aspects of human health, but many basic questions remain unanswered. We made a serendipitous discovery which led to the development of a method for isolation of previously-inaccessible intestinal immune compartments.