Spending time in museums, you quickly realize the importance of illumination. Bad lighting can overshadow nuances in texture, palette and context – hindering our ability to experience works of art. Similarly, in microscopy, inhomogeneous sample illumination evokes difficulties when interpreting pixel values and analyzing images. Inhomogeneous illumination biases how pixel values are encoded, making it difficult to quantitatively decipher patterns within the sample.

Flat-fielding illumination tackles this problem at its source, reshaping the illumination into a homogeneous beam. Among existing beam shaping strategies, the Köhler integrator – traditionally composed of parallel microlens channels that are averaged into a uniform profile by a Fourier lens  - has several important advantages: good homogeneity, high transmission efficiency and flexible design. Therefore, we chose it as a starting point for extending flat-fielding to multi-focal applications – here, when I built an instant structured illumination microscope (iSIM). In fact, a Köhler integrator with a coherent light source acts as a spot generator due to interference – a trick that could have simplified the task, except for the strong wavelength dependence of the periodicity of the spots in such a configuration.

Therefore, for a wavelength-independent solution, we embarked on integrating a Köhler integrator with a separate microlens array used for excitation in the iSIM, but quickly ran into two other major issues: maintaining the pitch and size of the excitation spots. I found that changes in pitch came from the shape of the wavefront incident on the excitation microlens array, which acted as a sort-of inverse Shack Hartmann wavefront sensor. To solve this, we needed to control the curvature of the incident wavefront to control the pitch of the excitation points. The second problem was that the spots produced after the Köhler integrator were much too large for iSIM imaging, reducing the resolution. We thought that this was likely because of the scrambling of light within the Köhler integrator and thought the only solution might be introducing a mask, but at a significant loss of light. However, driven by a combination of stubbornness and curiosity, I decided to lay out mathematically how the complex design parameter and equations determined the final spot size. The surprising result was that unlike a traditional Köhler integrator, to reduce the spot size, we had to use fewer flat-fielding microlens channels within the Köhler integrator and in this way imitate a more coherent light source.

This crucial step provided the required flat multi-focal illumination with minimal power loss, which I then integrated into an iSIM to simultaneously capture multiple mammalian cells within a single FOV for quantitative analysis. The combination of super-resolution fluorescence imaging over larger fields of view is exciting as it allows us to look for sub-diffraction sized patterns across and between cells. While the images I took may not end up in a museum or gallery, our discovery should help to make super-resolution microscopy more quantitative and reliable. 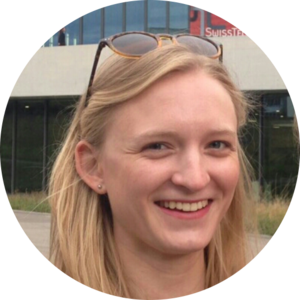