Fluorinated molecule are on the rise among agrochemicals and pharmaceuticals. Fluorination remains challenging, often limited by reagents and catalysts availability. In this protocol we describe the multigram synthesis of two organocatalysts for asymmetric fluorination with alkali metal fluorides.

Over the last century fluorine has become a key element in our every-day life: heavily fluorinated polymers such as PTFE (polytetrafluoroethylene) have appeared in our kitchens (branded as Teflon®) and likely in our outdoor wardrobe (as Goretex®), while selective introduction of a single fluorine atom has led to the development of improved pharmaceuticals. Indeed, the number of small molecules approved by the Food and Drug Administration (FDA) containing at least one fluorine atom is constantly increasing, reaching about 50% of those approved in 2018.(1) This is due to fluorine unique ability to affect many of the properties that make a successful drug (e.g. lipophilicity, basicity, metabolic stability, conformation).(2)

Fluorinated molecules are extremely rare in natural products (less than 10 have been characterised so far)(3), so that the C‒F bond must be introduced by chemical synthesis. Moreover, chemists need to fully control the position (including its 3D orientation within the molecule) of fluorine, to fully harness the beneficial effect of fluorination. Development of new safe and selective fluorinating protocols and reagents is thus a prominent field in organic chemistry.  In this context, an important research area is represented by asymmetric fluorination, a reaction that affords the product as a single enantiomer. This is important because two opposite enantiomers frequently have very different properties in biological systems.

To date, many fluorinating reagents are derived from the toxic and corrosive fluorine gas (F2) and consequently are expensive.(4) An alternative is represented by alkali metal fluoride salts (MF) such as potassium fluoride (KF), which are abundant, cheap and safer to use. Despite these attractive characteristics, the use of MFs is challenging, as humorously depicted in Figure 1. First, the poor solubility of these salts in organic solvents (5) must be addressed (Figure 1A) and secondly, once the fluoride (F-) has been brought into solution, a balance between its reactivity and selectivity must be achieved for productive fluorination (Figure 1B). The main selectivity issue arises from the tendency of uncoordinated (“naked”) fluoride to act as a base,(6) reacting with a proton (H+), instead that with the desired electrophilic site (E+, Figure 1B on the right). Fluoride basicity is reduced by coordination with a protic solvent, such as water, but too many water molecules are detrimental for reactivity (figure 1B on the left).(7) This has led to the idea that protic solvents capable of hydrogen bonding with fluoride are detrimental for fluorination. But is this always true?

In fact, the only known natural enzyme able to perform fluorination can activate aqueous fluoride by replacing water molecules with hydrogen bonding within the catalytic pocket.(8) Thus, fine-tuning the structure of the hydrogen bond donor offers the possibility of controlling the reactivity of fluoride.(9,10) Inspired by this, we recognised that small chiral hydrogen bond donors, which are well-established asymmetric catalysts,(11) could be used for enantioselective fluorination. We envisioned that fluoride complexation with the hydrogen bond donor would also improve MFs solubility. In technical terms, the hydrogen bond donor is a phase-transfer catalyst, shuttling fluoride from solid MFs into solution: hence the name Hydrogen Bonding Phase-Transfer Catalysis (HB-PTC) for this catalytic mechanism (Figure 2).(12)

We demonstrated the feasibility of this approach using as model substrate a sulfur-containing molecule, in analogy with the natural substrate of the enzyme which inspired our study (Figure 3). (12) Subsequently, we extended this concept to nitrogen containing molecules, which are more relevant to medicinal chemistry, up to 50 g scale.(13,14) Remarkably, we were able to use inexpensive KF for the first time in asymmetric fluorination. This, in conjunction with the easy set-up (simply mixing all reagents together!) has already attracted attention outside of academia, and we anticipated a broader adoption of HB-PTC in the future.

To further expand the aplicability of HB-PTC, we recognise that easy access to the catalyst is paramount. The highest level of enantioselectivity were obtained for N-alkylated catalysts (in blue in Figure 4), which form stable tricoordinated complexes with fluoride.(15) N-alkylation is not a common feature for a hydrogen-bond donor, resulting in lack of procedures to access this motif, especially on scale. Our own report of the synthesis of (S)-2 (Figure 4) was not readily amenable to scale-up.(13) In this protocol we have now addressed this limitation.(16) Catalysts (S)-1 (14 g) can be prepared in 2 steps from commercial starting materials, while a novel convergent and scalable route (3 steps for the longest linear sequence) gives access to (S)-2 (52 g) in improved yield and high purity. A week of work, and every laboratory would have enough catalyst for years of screenings (😊).

Asymmetric (or enantioselective): In organic chemistry, an asymmetric reaction is a reaction that produces preferentially one of the two enantiomers of the product.

Catalysis: A process in which a chemical reaction is accelerated by a catalyst.

Catalyst: A substance that accelerate a reaction, but it is not consumed in the process.

Chiral: Said of an object that cannot be superimposed to its mirror imagine. A hand is a chiral object (and in fact chiral comes from the Greek word for hand).

Enantiomers: A pair of molecules that are opposite mirror images and cannot be superimposed.

Hydrogen bonds: weak bonds in which a hydrogen atom is “shared” between two electronegative atoms, typically nitrogen and oxygen, but also fluorine.

Phase-transfer catalyst: A catalyst able to shuttle a compound between two different phases. These are generally two immiscible liquid phases (e.g. water and an inorganic solvent) or a solid and a liquid phase.

Protic: Said of a solvent able to donate proton (an example is water, H2O)

(5) D. A. Wynn; M. M. Roth, B. D. Pollard “The Solubility of Alkali-Metal Fluorides in Non-Aqueous Solvents with and without Crown Ethers, as Determined by Flame Emission Spectrometry.” Talanta 1984, 31, 1036. 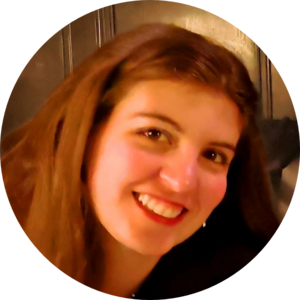 +2
Thomas Wälchli and 2 others
Heart-forming organoids – a story about a failed (?) project
Contributor Nature Protocols
Behind the Paper