In our recent protocol we describe a modified approach to susceptibility testing of pathogens by utilizing host-like medium conditions, enabling enhanced prediction of in vivo antimicrobial activities.

Minimal inhibitory concentrations (MICs) are the gold standard for susceptibility testing against pathogenic bacteria that can cause infections in the human body. The MIC is defined as the lowest concentration of the antimicrobial agent where no growth is observed under defined conditions, and is often performed as a broth dilution assay in a 96-well plate format. These tests are routinely done in nutrient rich synthetic laboratory media such as Mueller Hinton Broth (MHB) and are of particular interest for the treatment of hospital acquired pathogens such as the ESKAPE pathogens (Enterococcus faecium, methicillin resistant Staphylococcus aureus (MRSA), Klebsiella pneumoniae, Acinetobacter baumannii, Pseudomonas aeruginosa and Enterobacter sp.). These are highly antimicrobial resistant opportunistic organisms that have been declared as some of the most critical pathogens to target for novel drug research and development by the World Health Organization. However, the environments that infecting microbes such as ESKAPE pathogens are exposed to are not nutrient rich like MHB. In fact, they differ significantly in available oxygen, carbon, iron, and nitrogen sources. In this regard, it is imperative to test antimicrobials against these pathogens using conditions that better mimic the host environment.

The unique physiology of pathogens during host infections can be observed through their altered susceptibility to antimicrobial agents, alternative genes required for survival, and global transcriptional changes when compared to those in MHB or other nutrient rich growth conditions. We and other researchers have demonstrated that growing bacteria in medium conditions developed to physiologically mimic the host environment, results in susceptibilities and global gene expression patterns that are more relevant to organisms growing in vivo.

Previously, we published a protocol version of the Clinical and Laboratory Standards Institute (CLSI) standard methodology, representing a simple and effective technique to test antibiotics and host defense peptides susceptibility in diverse pathogens. We have recently expanded on this protocol to make it more relevant to clinical infections. The method remains simple and straightforward but incorporates the use of physiologically relevant media such as medium mimicking wound exudate or blood infections of septic patients, or medium mimicking the lungs of cystic fibrosis patients. The protocol takes between 3 and 4 days to perform and is summarized in the figure below. 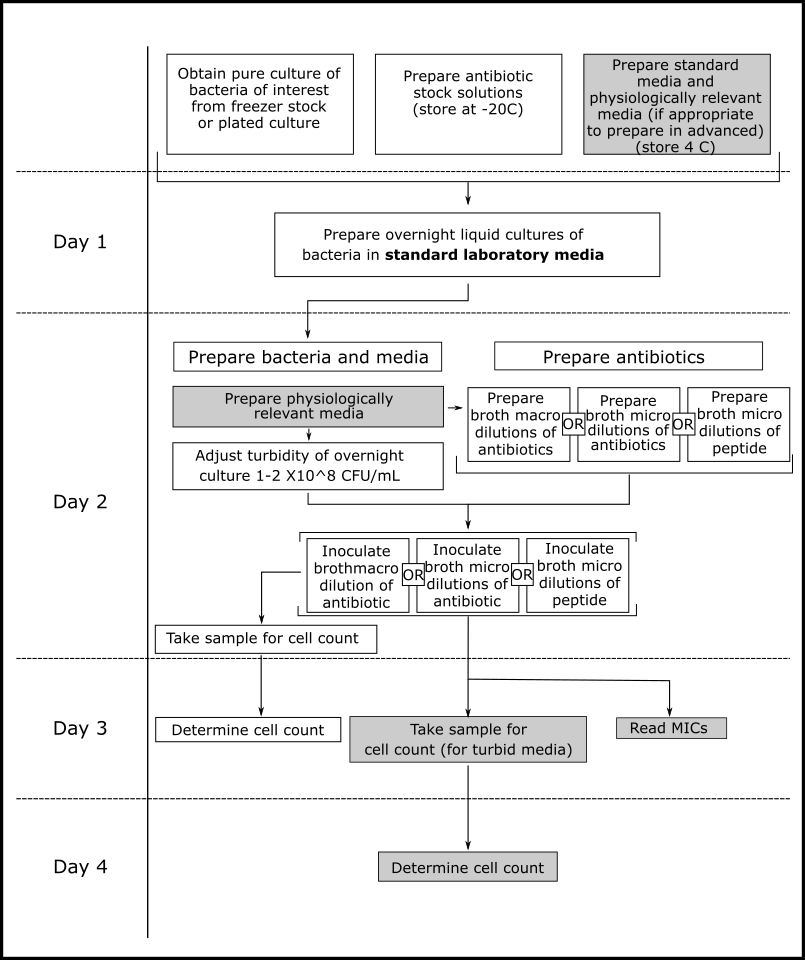 Assays testing the activity of conventional antibiotics as well as host defence peptides can be performed using our modified MIC protocol which is applicable to any pathogen that grows under these host mimicking conditions. We believe that antimicrobial testing that is better able to predict performance in the human body, depends on utilizing testing methods that better reflect the in vivo environment. By assessing antimicrobial activities under these conditions, antibiotic resistance or susceptibility phenotypes of clinical isolates can be more translated to clinical use. 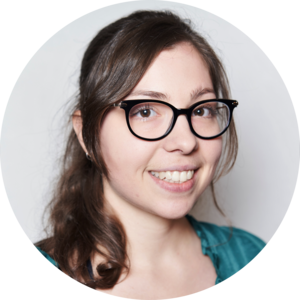 Raman spectroscopy is an essential technique of process analytical technologies used in the chemical and biopharmaceutical industry for uninterrupted monitoring of manufacturing processes. Now, it is also a powerful tool for monitoring solid-state milling reactions on vibratory ball mills.