Scientists have been interested in protein structure elucidation for decades, probably since the first protein X-ray structure was reported by Sir John Kendrew1 in 1958. Protein higher order structure (HOS) is critical because protein function is determined by HOS. To characterize protein HOS, high resolution methods include X-ray crystallography, nuclear magnetic resonance, and cryogenic electron microscopy. They offer atomic-level resolution but requires significant efforts and are not always applicable owing to fundamental or practical considerations. Fluorescence, circular dichroism, infrared spectroscopy, ultraviolet spectroscopy, and other high-throughput optical approaches that are part of the armamentarium of most biochemists deliver limited non-specific structural information. Mass spectrometry (MS) can bridge the gap by providing peptide or residue level structural information with reasonable effort and assured success.

The history of protein MS aligns well with development of instrumentation, most notably the successful application to proteins by MALDI and electrospray and to the determination of primary sequence through fragmentations.2 MS as a structural tool for proteins was pioneered by hydrogen deuterium exchange and protein labeling with irreversible reagents. The former is universal and nearly non-perturbing, but suffers back-exchange. The latter is irreversible but has limited spatial resolution and its slow reaction rate can possibly perturb HOS. Reactive free radical species are good candidates for footprinting because their reaction times (sub-millisecond) is fast enough to prevent perturbation, and their coverage can be broad. Protein labeling by radical species was first introduced as synchrotron-based hydroxyl radical footprinting by Mark Chance3 in 1999. Although powerful, limited availability of synchrotron sources hinders broad application.

Alternative methods to generate hydroxyl and other free radicals in a near-physiological environment have become one of the goals in the field, and many groups recognized hydrogen peroxide as a good precursor.2 Fifteen years ago, our lab first introduced fast photochemical oxidation of proteins (FPOP) as an easily-accessible approach for hydroxyl radical protein footprinting.4 FPOP significantly advances the footprinting workflow from three aspects. First, it introduces a pulsed KrF excimer laser to photoactivate hydrogen peroxide, greatly elevating the speed and level of hydroxyl radical generation and minimizing perturbation of protein HOS by hydrogen peroxide. Second, its design utilizes a flow system for protein labeling (Figure 1), assuring that the protein sample is not being over-labeled. Third, FPOP utilizes scavengers to give fine control of the free-radical dosage.

Since its introduction, FPOP has been widely adopted to address significant biological needs including tracing protein folding/unfolding, mapping epitopes, labeling in vivo, assessing protein aggregation, understanding protein-ligand interactions, and assisting protein structural prediction (Figure 1). It is also adopted by biotechnology companies because adverse drug reactions, caused by changes in HOS, impact the safety and efficacy of protein therapeutics. Current tools to monitor HOS are either too slow or too low in spatial resolution.

It has become obvious that the experimental setup and data analysis are barriers that hinder broad adoption of FPOP. Taking advantage of years of experience, we describe here the state-of-the-art FPOP platform. We welcome more scientists who have the need of addressing structural biology questions to adopt FPOP either through expanding their own labs by following this protocol or by collaborating with us. 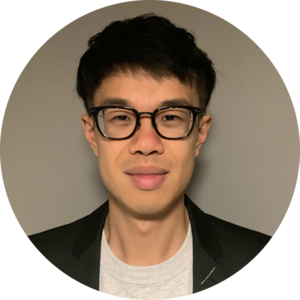