The interplay between physical forces and mechanical resistance of biological materials, including cells, tissue, and biomaterials, is recognized as the central player in the regulation of cellular functions as well as system-level behaviors.  Therefore, the assessment of the mechanical properties allows researchers to uncover the underlying mechanism in physiological and pathological conditions.

Prevalent existing techniques, such as atomic force microscopy and micropipette aspiration, rely on physical contact because they extract the elastic modulus by definition: applying a force on the sample and measuring its deformation. This, however, makes these techniques invasive and limited to the superficial layer of the sample. Considering the inhomogeneity and heterogeneity of biological cell and tissue, a mode of probing mechanical properties that do not require physical contact would be desired but was not available to biologists for a long time.

Twelve years ago, the confocal Brillouin microscopy has emerged as an imaging modality suitable for live biological samples, which allows noncontact, nonperturbative, and label-free measurement [1]. As an all-optical technique, Brillouin microscopy can directly provide 3D mechanical information of a sample by probing localized light-matter interaction using a laser beam, which is entirely different from the conventional contact-based methods. Over the past decade, we, along with colleagues from different laboratories around the world, have continuously innovated the technique and demonstrated nonperturbative characterization of numerous biological materials by Brillouin microscopy for different applications, including ocular biomechanics, developmental biomechanics, cellular biomechanics, cancer metastasis and 3D tumorigenesis, biomaterial characterization, and potential medical diagnosis [2-4].

In recent years, Brillouin microscopy is rapidly being recognized, and many collaborations between biological researchers and technique developers are underway across the United States and Europe. However, we realized that a standardized approach for Brillouin microscopy has not been established, which is the main limitation to the widespread diffusion of the technology.

Our goal in writing this protocol is to provide a robust approach for instrumentation, data acquisition, and analysis. By following this protocol, we expect a reliable Brillouin microscope can be built and maintained in a biological lab. We hope such an effort can facilitate the spreading of the technique and stimulate new applications in life science. 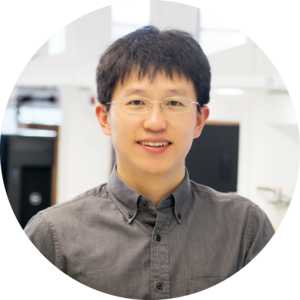 Thanks for the excellent summary and guidance for Brillouin microscopy!