The ability to culture and genetically modify the two types of epithelial cells in the liver grown as 3D organoid cultures facilitates fundamental liver biology research with therapeutic opportunities.
Delilah Hendriks and Benedetta Artegiani
2 contributors
Like Be the first to like this
0

Tiny lab-grown mini organs, organoids, have immensely paved the way how scientists nowadays approach cell biological questions. The term organoids encompasses a spectrum of culture models where 3D organ-like structures are derived either from cells directly taken from the body or from pluripotent stem cells. In our lab, we focus on the first type of organoids. In just over 10 years, protocols have been established to grow organoids from the epithelial part of different organs from both healthy and diseased patients. These organoids hold tremendous potential for both fundamental research as well as therapeutic applications in a personalized manner.

In parallel with the rise of the organoids, novel tools were discovered to make DNA modifications in cells or whole organisms with greater ease and efficiency than ever before. Although only born as a genetic engineering tool a few years ago, CRISPR-Cas already outcompeted its competitors (ZFN and TALEN) by winning the 2020 Nobel prize in Physiology or Medicine. The tremendous interest and scientific dedication towards CRISPR has already remarkably led to its evaluation in multiple clinical trials for gene therapy and cancer immunotherapy.

A few years ago, scientists pursued the inevitable: combining these two revolutionary techniques. With the help of CRISPR, the mutational progression and development of colorectal cancer could be precisely modelled starting from healthy gut organoids1. Another landmark study provided proof-of-principle of gene correction of the most common mutation responsible for cystic fibrosis in patient-derived gut organoids2.

Combining CRISPR with organoids is an excellent example where 1+1 does not just equal 2.

Being able to CRISPR-modify these two liver organoid cultures required tackling of yet a few more hurdles. Conventional transfection strategies that had prior been optimized for gut organoids did not prove successful in cholangiocyte organoids. Therefore, a novel transfection method had to be developed: instead of cuvette electroporation of single cells with DNA, whole intact organoids are micro-injected with DNA and are subsequently electroporated using tweezer electrodes. In this way, CRISPR-based knock-out of five liver cancer-related genes enabled modelling of a specific liver cancer subtype, cholangiocarcinoma6. In our current protocol5 , we detail these experimental steps needed to achieve CRISPR-editing of the cholangiocyte organoids. In addition, we also describe how to CRISPR-edit the hepatocyte organoids. Luckily, the latter appeared more simple: cuvette electroporation could achieve robust CRISPR genome engineering.

Finally, our protocol also describes the steps needed to achieve efficient CRISPR-mediated gene knock-in, based on our latest paper7. So far, CRISPR had been predominantly used for gene knock-out studies, relying on indels introduced through imperfect repair of the Cas-induced double-strand break by the non-homologous end joining (NHEJ) pathway. Instead, gene knock-in is conventionally achieved relying on the homology-directed repair (HDR) pathway using a repair template with homology arms. Unfortunately, the HDR pathway is much less frequently active than NHEJ, which makes gene knock-in notoriously difficult to achieve. Inspired by a few studies in model organisms and cell lines that had provided indications that, instead of HDR, the NHEJ pathway could too be harnessed to mediate precise gene knock-in, we set out to test this theory in human organoids. The result? Gene knock-in with a remarkably high degree of precision and with an efficiency several fold higher than HDR. We applied this gene knock-in approach, termed CRISPR-HOT (Homology-independent Organoid Transgenesis), to a variety of human organoid cultures labelling for example rare cell types. We also demonstrated the potential of this hot tool by combining gene knock-in with gene knock-out to visualize the impact of mutating TP53 (one of the most commonly mutated genes in cancer) on division of hepatocytes.


The effect of mutating TP53 in human hepatocyte organoids leads to extensive mitotic aberrations as visualized in real-time by endogenous tagging of tubulin with mNEON.

So, now that the tools are in place, what is next? We envision that this protocol will facilitate the wide-spread implementation of CRISPR to human liver organoids. The ability to elucidate gene function, visualize cellular processes, and model (genetic) liver diseases, will not only accelerate fundamental basic liver biology research but also holds great therapeutic promise. What does the future hold? Of course, research never stops and one obvious direction that undoubtedly will be tackled in the future is the establishment of long-term hepatocyte organoid cultures from adult human liver. We also envision that other CRISPR tools, beyond CRISPR-Cas9, will prove its value to increase our understanding of the human liver in health and disease. 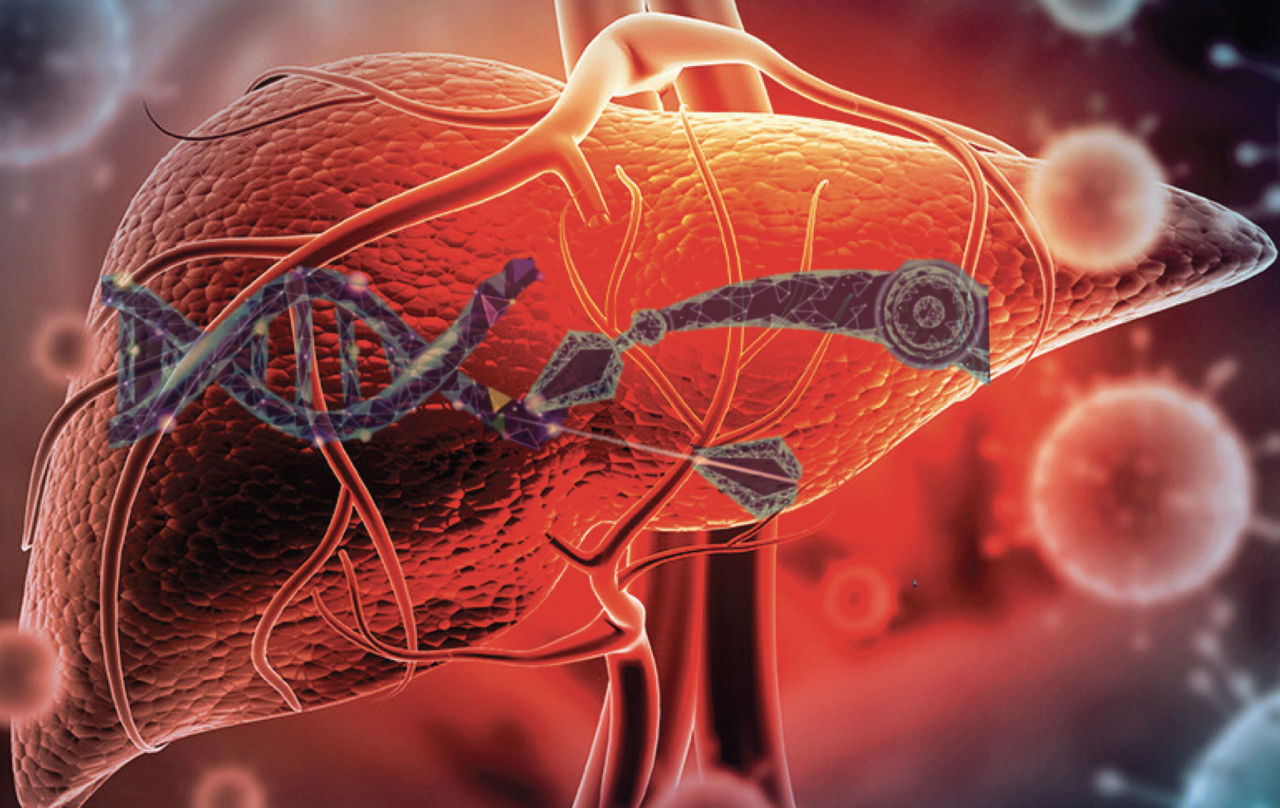 The ability to culture and genetically modify the two types of epithelial cells in the liver grown as 3D organoid cultures facilitates fundamental liver biology research with therapeutic opportunities.