TMS is a method to stimulate the brain in specific places by placing a magnetic coil on the scalp over different parts of the brain. Since everyone's brain is different, deciding how to place the coil is a key question. Our work offers one potential answer.

I am an experimental psychologist by training, and I became interested in TMS when I had a series of findings that suggested a link between right prefrontal cortex (dlPFC) activity and anxiety. My then current advisor Christian Grillon and I decided that we should experimentally test the possibility of this link by stimulating the right dlPFC and measuring anxiety. From there, we partnered with Dr. Sarah H. Lisanby and her team (Bruce Luber, Zhi-De Deng, and Thomas Radman) on a new TMS study. From the beginning, I had 2 fundamental questions:

On the surface, it seems the answer to this first question seems quite simple. Hold the coil close to the head, and point the center part at the brain. 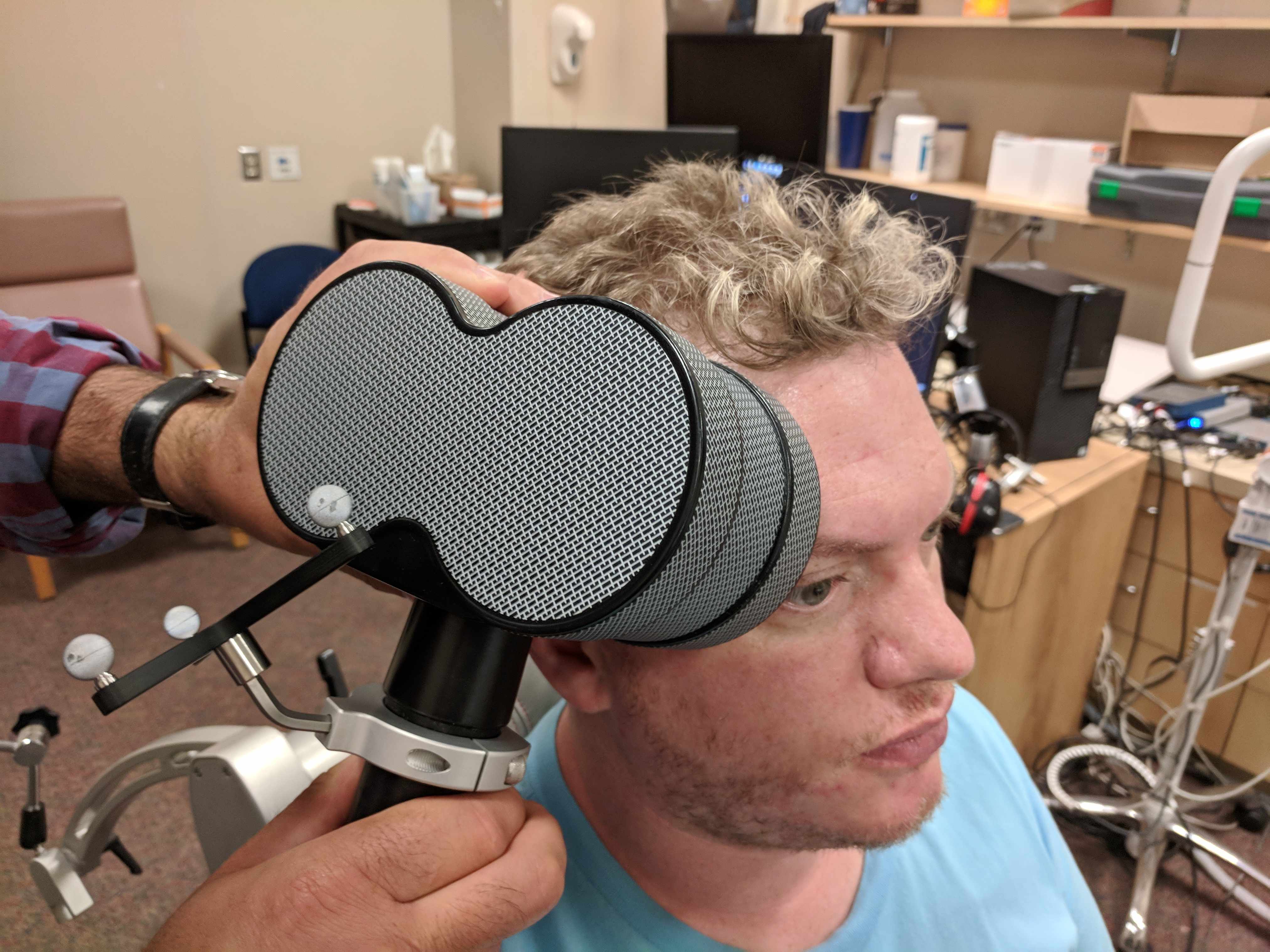 However as I would later find out, the answer is much more complicated, and would require us to develop a novel workflow (Described here). The problem stems from the fact that the position of the TMS coil (much like an airplane) must be described both in terms of its location (i.e. X, Y, Z) and but also its orientation (roll, pitch, yaw). At this point, our collaborators stressed the need to use objective, rigorous, and reproducible techniques to define these two aspects of coil placement. To tackle the first part of this definition, we decided to us fMRI to guide the location.

In our first study, we were interested in how working memory-related processes in the dlPFC interacted with anxiety, so we had participants perform a working memory task. We then chose the voxel in the dlPFC that showed the strongest working memory effects and used that as our target. With this decided, we next had to figure out how to orient the coil.

Again, with rigor and reproducibility in mind, wanted to define the orientation such that we induced the maximal amount of current in our target region. Based on previous work, we knew that orientations perpendicular to the gyral surface induce more current than orientations parallel to the gyral surface. However, because everyone has a slightly different cortical anatomy and a uniquely defined stimulation target, it wasn't possible to systematically define the orientation using visual inspection. To tackle this problem, we chose to use electric-field (e-field) modelling to estimate the current induced in our target based on a set of equally spaced orientation vectors.

These e-field calculations, done using the program SimNIBS, create whole brain maps of the current given based on a particular TMS coil position. We were then able to sample these e-field maps using our target region of interest, and choose the orientation that induced the most current.

Using this approach, we were able to show preliminary evidence for a link between right dlPFC activity and anxiety. Our results can be found in our recent Neuropsychopharmacology article. We have since used the same technique to target the intraparietal sulcus based on resting state functional connectivity data and e-field modelling, which can be found in our recent Translational Psychiatry article. More importantly, we realized that our approach could be generalized and used by other researchers.

Using the workflow laid out in our Nature Protocols article, it is possible to systematically generate individualized TMS targets anywhere in the cortex using any task that generates reliable single-subject BOLD responses. Although more complicated than I originally though, I finally had an answer to my first question, and I now know how/where to place the coil for my future studies. As for my second question, it turns out that it doesn’t matter where you put your feet, so for now I’ll just put them on the stool.

Example code for our protocol can be found on GitHub and an example dataset is included with the submission. More information about SimNIBS can be found at their site. We hope other researchers will find this protocol helpful. 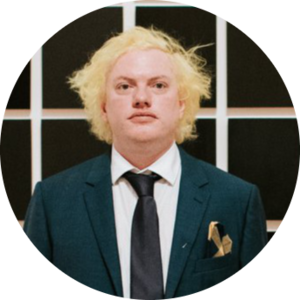 Dr. Balderston is an experimental psychologist focusing on anxiety. His research uses psychophysiology, neuroimaging, and neuromodulation to develop and test brain-behavior hypotheses aimed at understanding the mechanisms that mediate clinical anxiety. Prior to joining the CNDS faculty, Dr. Balderston was a postdoctoral fellow in the NIMH Intramural Research Program working with Christian Grillon.
Follow
1 Contributions
0 Followers
0 Following

+1
Takanori Takebe and 1 other
Writing a Primer: an interview with one of our launch author teams
Editor NRMP
Behind the Paper

Writing a Primer: an interview with one of our launch author teams

Dominique Morneau
Springer Nature Protocols and Methods Community
We use cookies to help improve your experience. By continuing to browse our website you are consenting to our use of cookies.
Learn more