Pooled CRISPR screening has become popular with the life sciences community as a simple approach to perform genetic perturbation of thousands of different genes in a single pool of cells. This powerful concept has provided scientists the ability to survey gene function of cellular phenotypes in a high throughput fashion. However present configurations of pooled CRISPR screens are limited to high-level cellular phenotypes such as survival or using fluorescent markers to enrich cells by sorting. Unfortunately, many indicators of cell behavior are best quantified using microscopic measurements, which are incompatible with current selection formats. Examples of imaging-based phenotypes include whole-cell morphologies, subcellular protein localization, and cell-cell interactions that elicit detectable cellular responses (Figure 1).

Figure 1. Cartoon of imaging-based phenotypes that can be assayed in bulk (left side) with an image-based screening platform to select clones with phenotypes of interest (right side).

In this work, we (http://yeolab.github.io) are interested in identifying genes that control the abundance of cytoplasmic protein-RNA assemblies called stress granules. This phenotype is measured by the localization pattern of the stress granule marker G3BP1 that is normally expressed diffusely in the cytoplasm, and relocalizes to cytoplasmic puncta during the presence of cellular stress. To perform this imaging-based pooled CRISPR screen, we adapted and customized the microraft array technology originally developed by Dr. Nancy Allbritton’s lab. Some key features of this platform that made it compatible with image-based selection include: 1) the ability to culture and manipulate thousands of genetically-distinct clones in a single 1x1 inch array, 2) the compatibility with confocal imaging, and 3) the ability to isolate clones-of-interest from the array for simple, PCR-based sequencing. Our new method is called CRaft-ID (CRISPR-based microRaft, followed by gRNA identification), schematized in Figure 2.

Figure 2. CRaft-ID workflow. Cells are infected and cultured in bulk with a lentiCRISPR library before plating on microraft arrays. Automated confocal imaging is used to image the entire array and identify colonies with a phenotype of interest. A microneedle fitted over a microscope objective is used to isolate rafts out of the array, and collected with a magnetic wand for PCR.

We start with a pool of cells, each of which contain a unique genetic knock-out from a lentiCRISPR library designed to target over 1,000 RNA binding proteins. These cells are plated on arrays where each cell forms a genetically distinct colony on individual microrafts that can be imaged for G3BP1 localization. We developed image-processing tools (https://github.com/YeoLab/CRaf...) to identify and select target wells with our phenotype of interest (no cytoplasmic G3BP1 puncta). To identify the infected CRISPR guide RNA in our target colony, the individual magnetized microraft is isolated physically from the array with a needle and collected into a PCR tube using a magnetic wand for PCR-based sequencing. Our proof-of-principle resulted in the identification of 6 previously known, and 17 additional RNA binding proteins that regulate the total stress granules abundance.

Our workflow uses standard microscopy equipment and does not require any special modifications to existing lentiCRISPR plasmid backbones. Therefore, CRaft-ID can easily be applied to other imaging-based phenotypes. This simple workflow expands the scope of cell phenotypes that can be measured from a genetically-diverse pool of cells. For more details on CRaft-ID and related experimental protocols, check out the full manuscript https://www.nature.com/article.... 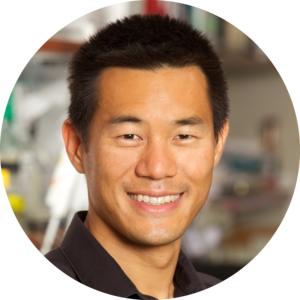 Pregnancy loss is a devastating event and whilst conventional autopsy techniques can provide parents with answers as to the cause of their loss, many decline due to its invasive nature. We describe micro-CT as an alternative to conventional autopsy and why this is more acceptable to parents.

Getting a feel for AFM

+2
Andrea Gillespie and 2 others
Springer Nature Protocols and Methods Community
We use cookies to help improve your experience. By continuing to browse our website you are consenting to our use of cookies.
Learn more