Menu
Contributor
On the Road

Cluster analysis Showtime is a free online webinar, that will take place on August 26th 2020, focused on approaches to cluster analysis for point clouds (also called spatial point pattern, or localisations), and their applications to the study of molecular aggregates in cells with super resolution microscopy. It is part of SMLMS conference series organised over 2020-2021 by EPFL. The event will consists of technical talks for new users as well as a unique open floor platform for discussion and debate with our panel of experts. It will provide clear guidelines for biologists who wish to quantify their images using cluster analysis tools, as well as an outlook for specialists in the field (e.g. limitations of state of the art, what issues remain to be addressed and what machine learning could bring to the table).

Registrations are open at https://smlms.epfl.ch/showtime-2020/

If you are interested in or already an adept of microscopy, particularly  super resolution methods such as single molecule localisation microscopy (SMLM), and the associated image analysis tools, either as a user or a developer, Cluster analysis Showtime is a webinar made for you, but not only! More broadly, it aims at regrouping in the same (virtual) room scientists from drastically different fields:  from mathematicians and computer scientists with an interest in spatial point pattern (SPP) statistics and clustering in general, to biologists discovering super resolution, physicists keen on data analysis, and of course microscopists. These broader community events have proven to facilitate the rise of successful cross disciplinary research which, as organisers, is what we wish to promote.

We will first provide a quick overview of the general event context. We will in particular summarize the challenges posed by quantifying molecular aggregates, or clusters, in cells, how super resolution has contributed to improving our understanding of these aggregates and the specificities of the output pointillist datasets when it comes to SMLM. The event will then include a series of technical talks presenting briefly state of the art approaches to cluster analysis. These short talks will be designed for biologist/users new to the field and that wish to quantify their data sets for the first time. It will be followed by additional short talks on alternative approaches to cluster characterizations and how absolute (rather than relative) quantification of these molecular clusters can be achieved. Concluding this first part of the webinar, wrap up talks will provide general guidelines and tools for comparison of the state of the art methods presented. The second part of the webinar will consist of an open floor discussion with our panel of experts focusing on outlook for the field.

For late birds, there will be a “bring your applications” pop up session following the main webinar, where early career biologists (post doctorates and PhD students) can take the opportunity to showcase their successful applications or current struggle with cluster analysis. We encourage developers to stay for this pop up session as well, as it is a great way to meet users and facilitate long terms collaborations.

More about the general scope:

The study of cells has long been constrained by light microscope’s principal technical limitations, namely the diffraction limit of light which restricts the spatial resolution over around 200 nm, far above the size of molecular structures governing cellular life. Hence, the rise in 2006 of super resolution (SR) microscopy (awarded the Nobel Prize in chemistry in 2014) remains a considerable milestone when it comes to our understanding of cells functioning. SR encompasses a range of strategies that all have in common to circumvent the diffraction limit [1-5]. As such, these methods offer a unique insight into the cellular architecture and machinery at the nanoscale, whilst retaining for the most part the advantages of conventional light microscopy including protein specificity as well as multicolour, 3D and live cell imaging

Single molecule localisation microscopy (SMLM) in particular presents the advantage of relying on conventional microscopy optical set-up and provides typically a lateral resolution of 10-30 nm and an axial resolution of 30-50 nm, at least a fold better than other existing SR methods [1-3, 6, 7]. It relies on the separation of fluorophores’ emission in time (or blinking), recovered over subsequent frames. Thus on each collected frame, only a very small subset of the overall fluorophores population is emitting, leading to individual emitter’s point spread function (PSF) spatial separation on the camera frame, from which their precise localisation can be accurately extracted. SMLM has proven to play a key role in characterising neuronal actin periodic ring structure and protein aggregates in cells such as clusters[8], centrioles[9] or nuclear pores[10].

One of the persisting challenges today associated with SR lies in the reliability of the associated analysis tools. As an image often does not suffice in itself, users are required to extract meaningful quantifications from these outputs to accurately identify, characterize and compare the cellular mechanisms studied. Interestingly when it comes to analysis tools, SMLM has the specificity to produce a relatively uncommon data set type in the microscopy world. Output indeed do not consist of pixelated images but rather a scatter plot of extracted localisations, also called spatial point pattern (SPP) or point clouds, associated with the localisations’ uncertainties (function of the number of photons collected per PSF). It presents the microscopist community with the extra challenge of developing new set of tools dedicated to nanoscale cellular structures which takes SPP as inputs. Although relatively rare in the context of image collection, SPP are very common data sets in other scientific fields (e.g. epidemiology, economics, social sciences, ecology, and mathematics). Numerous analysis tools developed in the context SR have therefore vastly benefited from pluridisciplinary approaches whilst tailored to cell study and SMLM requirements.

More specifically, protein aggregation has been shown to regulate signalling across cell types and cellular pathways. It has been identified in immune cells as the key factor leading to signal/activation digitisation for instance[8]. Typically, these molecular aggregates, or clusters, are under 50 nm in size which makes SMLM a particularly suited technique for their investigation[11-14]. As such, SPP cluster analysis dedicated to SMLM has remained a very active research topic over the past decade, resulting in the development of a new range of approaches that does not rely on simplistic intensity thresholding. Although it has led to a considerable number of publications in top tier journals[15-18], many controversies[19, 20] and open questions remain[21, 22]. There is also a persistent lack of agreed guidelines as to which method to use on a given sample type. A user is hence left to fend for himself/herself when choosing which approach to apply, as there is no available qualitative assessment, reliable metrics or agreed upon comparison of existing methods. Cluster analysis Showtime webinar aims at addressing these remaining open questions as well as contributing to the development and broader dissemination of novel approaches to cluster analysis.

About the organisers and the motivations behind organising this event:

Dr J. Griffie is an MSCA fellow post doctorate at EPFL (Switzerland). She did her PhD in the UK focusing on cluster analysis methods dedicated to the study of protein aggregation in cells with SMLM and, more broadly, cellular structures quantification. Following her PhD she decided to turn her interest more generally to smart microscopy applications to super resolution and the study of bacteria life cycle with cutting edge analysis approaches. She however had a feeling of unfinished business with clustering! After years of working on the topic, it was clear that users were often discourage by the overall lack of guidelines when it came down to what methods should be used for a given data set type. This often leads to an overall limited reach of the methods being developed, even when published in top tier journals. Also, it appeared clearly that the field had started reaching a plateau. Strikingly, this was not due to a lack of existing challenges and limitations that remained to be addressed but rather to the lack of outlook and open discussion platform for experts to agree and collaborate on what remain to be tackled. The Cluster analysis Showtime webinar aims at providing such a community platform for users and experts.

Dr. D.Sage is a permanent researcher at EPFL. He already organised an event destined to the broader super resolution community in 2016: "Super-resolution fight club". The organisation of this grand challenge for single molecule localisation microscopy (SMLM) reconstruction algorithms was a real success. It was concluded by an article in Nature Methods the following year and, importantly, the development of novel approaches to reconstruction from laboratories outside the scope of super resolution (e.g. computer scientists). It truly convinced him of the benefit of cross disciplinary events such as Cluster analysis Showtime.

Back to On the Road 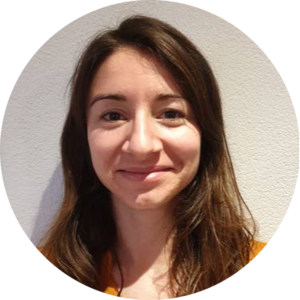 ACCR: Chats with some job-seekers
Editor Nature Methods
On the Road

Katharine Barnes
High-resolution imaging at high altitude: My notes from the Keystone "Imaging Across Scales" conference.
Nature Protocols
From the Editors, On the Road