Contributor Nature Comms
Behind the Paper

Liquid-liquid phase separation (LLPS) of biomolecules has emerged as a critical phenomenon in biology. We present Capflex, a novel methodology to study biological LLPS in a convenient and highly quantitative manner fully amenable to high throughput measurements.
Soumik Ray
Postdoc, Technical University of Denmark
Follow
Like Be the first to like this
0

The last decade has witnessed liquid-liquid phase separation (LLPS) as an important phenomenon involved in a wide range of fundamental cellular functionality1,2. The ability of biological macromolecules (protein and nucleic acids) to sequester as a condensed state has been shown to aid in survival and development of the host organism3, enrichment of cellular components for specific functions4,5, and enhance cellular signaling and sorting6,7—to name a few.

However, due to high local concentrations inside the condensed state (also termed ‘droplets’ due to their spherical nature), protein LLPS can lead to misfolding/aggregation of proteins (forming toxic amyloid fibrils) in many neurodegenerative diseases such as Alzheimer’s disease8, Parkinson’s disease9 and Amyotrophic Lateral Sclerosis10.

As LLPS is increasingly recognized to be of fundamental importance for functional and deleterious biological processes, much effort, both in an academic as well as industrial setting, is currently being devoted in order to obtain a better understanding of this process. We noted that highly quantitative physico-chemical experiments on these systems are rare and usually excessively laborious. Phase diagrams of LLPS, in most cases, are only obtained from centrifugation and manual measurement of dilute phase concentrations (fraction of protein that remains in solution after LLPS)11.

In 2020, we came across a group of nice people at FIDAbio systems APS ©, a startup company based in Copenhagen, Denmark. Their capillary based instrument, named the ‘Flow-induced dispersion analysis (FIDA-1)’, uses Taylor dispersion analysis of a parabolic hydrodynamic flow profile of a liquid through a capillary. Originally, FIDA-1 was designed for affinity determination of biomolecules (such as antibodies and drugs) to specific interaction partners. This can be achieved by pushing a small (nanoliter) plug of solution through the capillary which contains interaction partners of known concentrations. The laminar flow in the capillary causes deformation of the plug, which is measured by a fluorescence detector. The degree of this deformation depends on the diffusivity of the labeled biomolecule—which can be converted to hydrodynamic radius through the Stokes-Einstein relation. The change in hydrodynamic radius can then be fitted to appropriate binding models to calculate the affinity (Kd).

Our group leader, Alexander, envisioned that the FIDA-1 can indeed be translated into a novel methodology to study LLPS in a convenient and highly quantitative manner fully amenable to high throughput measurements. With this ambitious goal in mind, we set about trying to find model systems and methods for doing automated characterization of protein LLPS. After many brainstorming sessions followed by rigorous experiments, we could use the FIDA-1 for quantitative analysis of LLPS and affectionately named our method, ‘Capflex’ (Capillary flow experiments).

The desired protein is spiked with its fluorescently labeled counterpart (only nM concentrations of the labeled protein is needed) and subsequently phase separated at desired conditions. The initial idea was to distinguish concentrations in both the dilute and dense phase as we assumed the droplets would take up the majority of the observation volume of the capillary (75 µm in diameter). After a brief detour using lysozyme as a model system (Note: Careful while putting condensed lysozyme in a microfluidics system as it is very close to being a hydrogel), we realized that most biological condensates are smaller than 75 µm. Meaning that we did not get a baseline for the dense phase but rather droplet signal spikes. When the phase separated sample reaches the detector (a confocal fluorescence spectrometer), each droplet gives rise to individual fluorescent signal spikes separated by a fluorescent baseline (Figure 1). We found that the fluorescent baseline could accurately measure the dilute phase concentration (from a standard, calibration curve) without the need for physical separation of the two phases. Not just that, we also realized that the relative intensities of the spikes were proportional to the actual droplet size.

With this promise, the three first authors of the paper, Emil, Rasmus and Soumik (Me) (Photo) characterized three completely unrelated protein LLPS systems using our brand new method—N-terminal domain of the human DEAD-box helicase-4 (Ddx4n1), a protein involved in the formation of nuage in sperm and egg cells12;  The synthetic RP3 peptide13 and the infamous α-synuclein (α-Syn), an intrinsically disordered protein (IDP) primarily associated with the pathology of Parkinson’s disease (PD)9.

With utmost precision, Capflex helped us delineating the effects of various additives (such as PEG, Ca+2 and ssDNA) on the binodal phase boundary of Ddx4n1 LLPS. In addition, Capflex allowed us to quantify how both formation and growth kinetics of Ddx4n1 droplets depends on the depth inside the binodal zone into which the system is quenched. For the first time, we were also able to quantitatively relate the effects of ssDNA on Ddx4n1 and RP3 LLPS to its dilute phase affinities. We showed that ssDNA can dissolve droplets at concentration much below its single interaction Kd, highlighting the multivalent nature of LLPS, with potential implications for biological regulation. Furthermore, our method showed promising potential in understanding pathological LLPS and aberrant liquid-to-solid phase transition of α-Syn9. In real time, we were able to delineate how LLPS of α-Syn precedes its amyloid aggregation in a quantitative manner. We showed a gradual decrease in the dilute phase concentration of α-Syn which correlated closely with the sigmoidal amyloid fibril formation kinetics measured by Thioflavin-T fluorescence.

In summary, we believe that Capflex has the potential to transform the way how LLPS is studied in academic and industrial laboratories, as it will routinely enable experiments both at much larger scale and much higher information content than is possible to date. Our vision was greatly supported by our peer reviewers and the manuscript describing this new method is now published in Nature communications (https://www.nature.com/articles/s41467-021-27433-y). We are truly hopeful that Capflex will be integrated into the field and contribute to a better understanding of biological LLPS in the coming years. 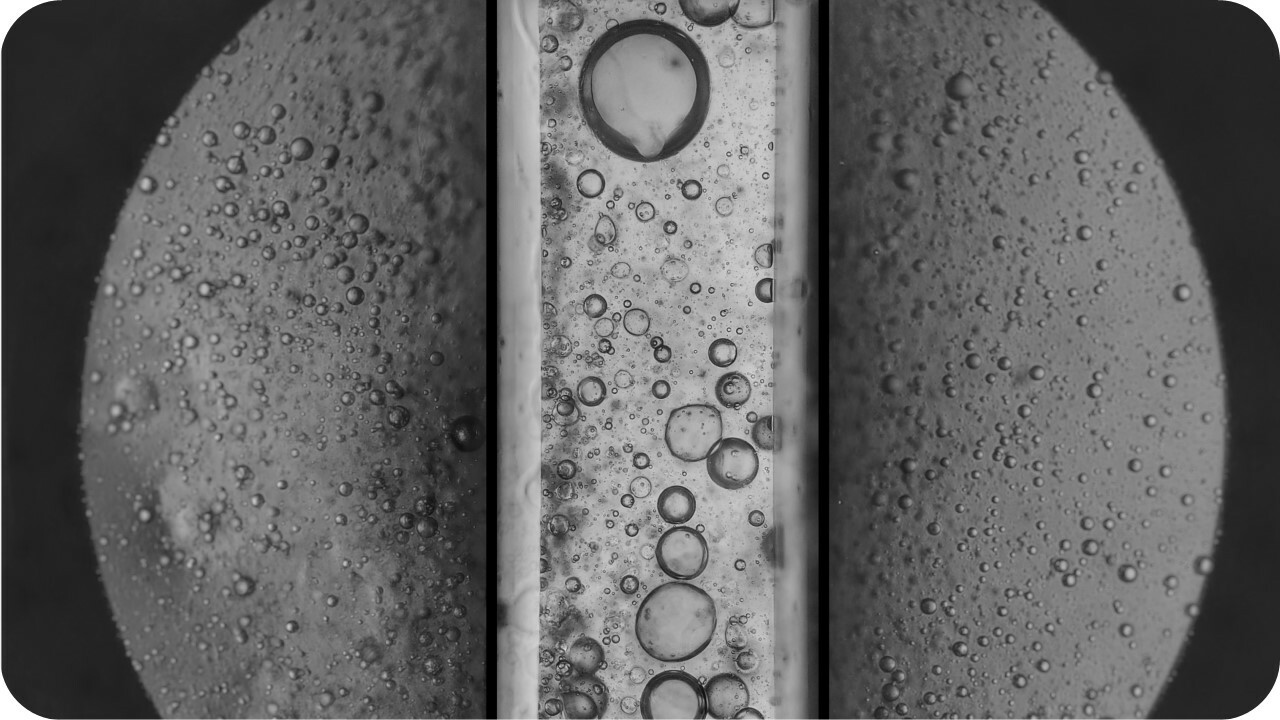 Liquid-liquid phase separation (LLPS) of biomolecules has emerged as a critical phenomenon in biology. We present Capflex, a novel methodology to study biological LLPS in a convenient and highly quantitative manner fully amenable to high throughput measurements.