We can now accurately and reliably test pattern separation in the lab with rats and mice using the Spontaneous Location Recognition Task. 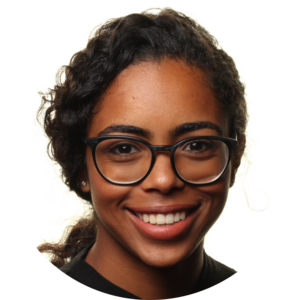 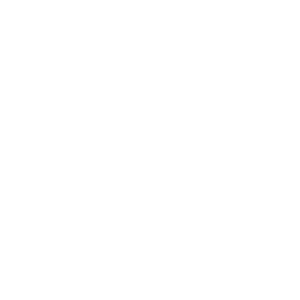 Memory: Testing the cognitive process of pattern separation in humans and rodents

Have you found yourself confused regarding where you parked your car at work today with where you parked it yesterday? Or blurred similar experiences between one and other, such as events that occurred in your family festivities over the years?

Keeping memories or experiences distinct is key for memory precision, and this cognitive process is known as pattern separation, which is particularly important when completing daily routines in familiar environments. The process of pattern separation allows the brain to amplify key elements of similar information into separate memories. As a result, we can think back to these memories accurately.

Pattern separation of memories is an important cognitive faculty and if disrupted, can lead to memory impairments as seen in neurodegenerative disease or even with age.

How can we accurately test pattern separation in the lab?

Testing pattern separation ability using behavioural tasks can tell us a lot about how memories are formed and can point to potential neurobiological mechanisms.1-7 From studies with rodents and human neuroimaging, pattern separation requires the hippocampus, a key area for encoding memories. When neuroplasticity in the hippocampus is decreased or enhanced, the functional output is reflected in the precision of a recalled memory. Historically, neuroscientists use memory tests that manipulate objects in a space or on a screen to assess pattern separation in humans and rodents.1-3 However, a downside of these tests is that they also draw upon other memory processes, or place strains on memory retrieval rather than encoding. There is a need for new memory tests that manipulate similarity in the information presented as it’s encoded, which is when pattern separation is thought to occur.

As detailed in our Protocol, we developed a spatial memory task in mice and rats to test pattern separation more accurately and reliably, that uses the inherent nature of rodents to preferentially explore an object in a new location if they accurately remember its previous, familiar, location. The spontaneous location recognition (SLR) task consists of two phases (Sample and Test, see image below) separated by a delay period.

In the sample phase, animals explore an area and encode the locations of three identical objects oriented in a triangular configuration. In the test phase, animals return to the arena that now contains one object in a novel location, equidistant between two previous locations, while another object remains in a familiar location. 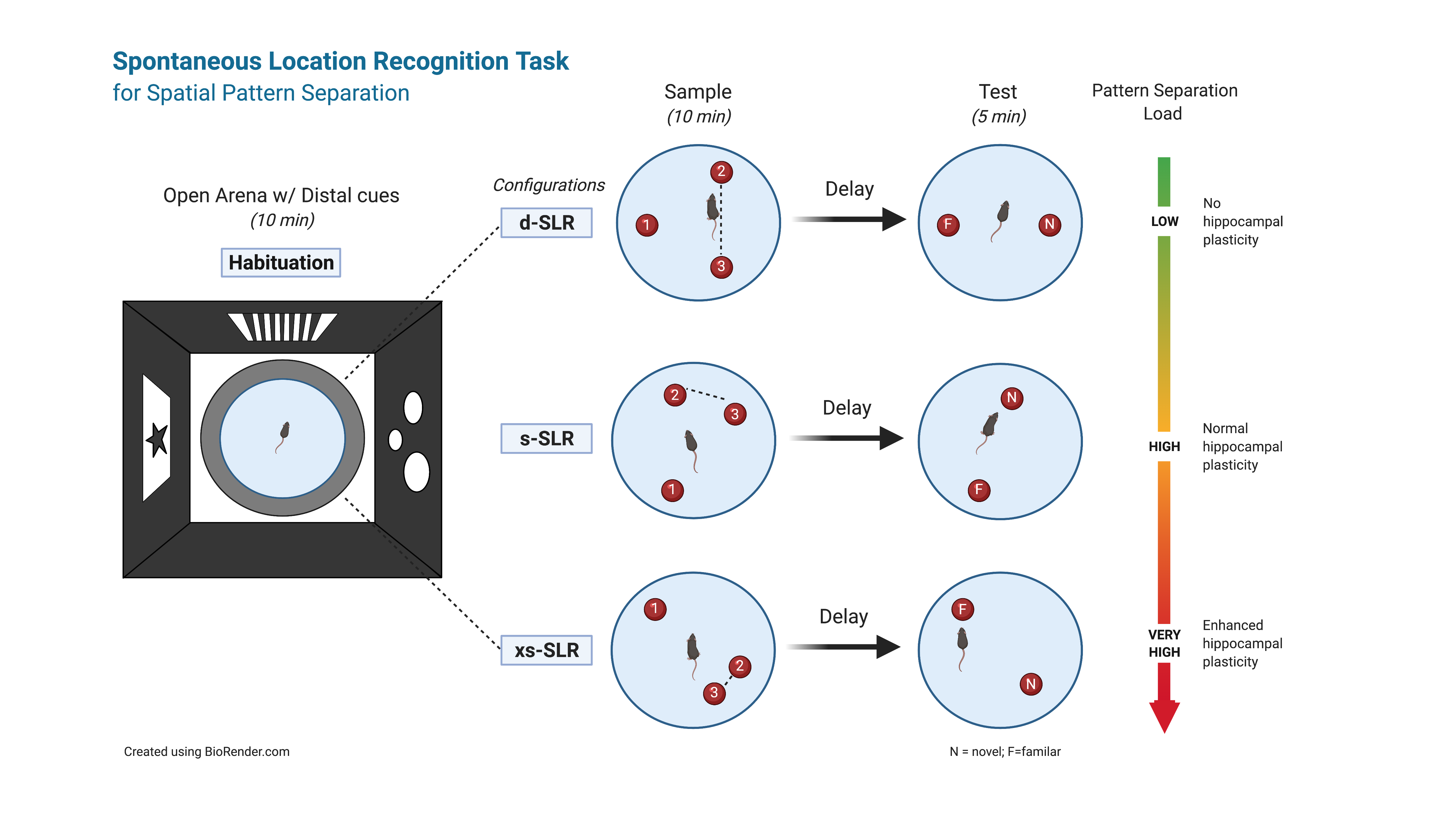 By modifying the configurations of the objects in the arena by altering the distance between two of the objects, pattern separation processes can be challenged. In the SLR task, we use 3 configurations during the sample phase – dissimilar, similar, extra similar – referring to the proximity of 2 of the object locations. To evaluate pattern separation performance, the amount of time the animal spends exploring the novel location relative to the familiar location is measured. This is expressed as a discrimination ratio, which considers the proportion of time the mouse or rat spends exploring the novel location compared to their overall exploration.

What are the advantages of the SLR protocol?

The  SLR task takes less than a month to run, including time for animals to habituate to the testing arena, and 1-2 days to run each of the configurations. Animals can be repeatedly tested on the task as objects and locations within the arena can be varied. Researchers using SLR only need basic expertise in rodent handling and can conduct testing in a basic rodent facility with inexpensive equipment (i.e., an open-field arena, webcam, and computer to collect data).

The  SLR task is highly sensitive to changes in hippocampal neuroplasticity. Studies have shown that infusions of brain-derived neurotrophic factor (BDNF) into the hippocampus or aerobic exercise enhances memory performance in SLR configurations that place high demands on hippocampal plasticity (i.e., extra similar).5 Specific deficits in the task have been seen in animals fed high sugar diets6 and with chronic neuroinflammation.7 As the task draws upon a rodent’s naturalistic exploratory behaviours, no reinforcement, positive or negative, is required. Importantly, this task manipulates the similarity of spatially landmarked locations during the sample phase, when memory is encoded, and putative pattern separation processes are engaged. The SLR task is also designed to reduce potential confounds when memory ability is assessed by keeping the test phase conditions the same across all configurations.

Altogether, the SLR task developed in our lab clearly demonstrates that pattern separation can be tested accurately and reliably during encoding.4-7 We hope that other researchers can use this task to accelerate the deeper understanding of memory mechanisms and the development of therapies for neuropsychiatric conditions.