A Long Look into the Early Life of RNA

Early RNA processing events are often described as if they are distinct checkpoints following transcription. Yet, it is now well-established that many processing steps - notably, 5’ end capping, splicing, and 3’ end cleavage - occur co-transcriptionally, i.e while RNA is still undergoing transcription1–4. In the Churchman lab, we are very interested in learning more about the dynamics of RNA processing  events, such as when they take place relative to transcription, and how one processing event might affect the likelihood of a subsequent event. The timing of these events may have long-term effects on RNA, such as affecting alternative splicing, which is dysregulated in many human diseases5.

Being able to study pre-mRNA processing is not trivial, because nascent RNA is relatively rare and transient. In addition, the majority of human introns are over a kilobase in length6. Therefore, studying full-length RNA molecules, especially unspliced ones, is technologically limited by most short-read sequencing technologies, which generate reads of up to a few hundred base pairs.

Therefore, to study early RNA processing, our lab developed nanopore analysis of co-transcriptional processing (nano-COP)7. Importantly, this technique set out to increase our resolution of RNA dynamics during transcription by 1) enriching for the pool of nascent RNA in cells and 2) increasing the distance over which splicing events can be studied through Oxford Nanopore direct RNA long read sequencing2 (Figure 1).

Figure 1: The two cornerstones of nano-COP: 1) enrichment for nascent RNA and 2) long-read sequencing. Created with BioRender.

To capture nascent RNA undergoing transcription, nano-COP isolates RNA from the chromatin fraction of the cell, the site of transcription8. However, this fraction is also known to contain mature RNAs. To further purify nascent RNA, a metabolic label is added to cells prior to collection. This label, which integrates itself into RNA undergoing transcription as a modified form of uridine, is only added for a brief 8 minutes, and therefore serves as a marker for new transcripts9. Chemistries specific to labeled transcripts allow us to specifically select for these marked transcripts from the chromatin fraction.

Nano-COP also increases the ability to resolve and analyze RNA processing through direct RNA long-read nanopore sequencing. Unlike short read sequencing, which relies on the amplification of short cDNA fragments, nanopore sequencing directly threads RNA through nanopores, allowing for reads to be hundreds to thousands of base pairs long10. Sequencing RNA directly also avoids the length biases towards shorter transcripts associated with cDNA amplification-based library preparation. Through these long, unbiased reads of nascent RNA, we can learn more about RNA processing events, such as how quickly introns are spliced following their transcription, the order introns are spliced in, and the likelihood of one splicing event affecting the splicing of a neighboring intron.

Through the combination of nascent RNA enrichment and direct RNA long-read sequencing, nano-COP allows for the genome-wide observation of RNA transcripts undergoing early processing. Going forward, we hope our method will continue to improve our understanding of RNA processing events, dynamics, and ultimate impacts on the fate of RNAs. 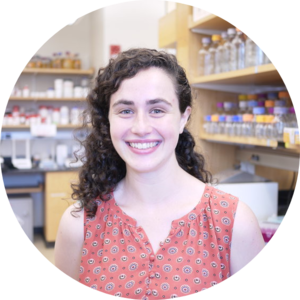 +2
Philip Britz-McKibbin and 2 others
Peel to reveal: Dissecting out the intestinal immune system
Contributor Nature Protocols
Behind the Paper

+1
Peter Bjørnlund Jørgensen and 1 other
Dissecting the RNA structurome, one conformation at a time
Contributor Nature Methods
Behind the Paper

+1
Isabel Weisheit and 1 other
Springer Nature Protocols and Methods Community
We use cookies to help improve your experience. By continuing to browse our website you are consenting to our use of cookies.
Learn more