Editor Nature Methods
From the Editors

Senior Editor Rita Strack handles papers mainly in microscopy, imaging and probes for Nature Methods, and also covers cellular biochemistry, chemical biology, and RNA biology. Get to know a little more about her in this Q&A, and follow her on Twitter @rita_strack.
Allison Doerr
Chief Editor, Nature Methods, Springer Nature
Follow
Like Be the first to like this
0

Q: Where is your hometown?

RS: I am half-Korean and have lived all over the world, but I consider Indianapolis, Indiana my home town, because I moved there in elementary school and stayed through high school.

Q: Where did you do your undergrad, Ph.D., postdoc?

RS: I did my undergrad at Rose-Hulman Institute of Technology, which is a small and rigorous undergraduate engineering college. While there I double majored in Applied Biology and Biochemistry. Despite my biology focus, going to an engineering college gave me the opportunity to learn a lot of physics and math, and of course learn how to code in Matlab.

I got my Ph.D. in Biochemistry from the University of Chicago. While there I was lucky enough to work with two fantastic advisors, Ben Glick and Bob Keenan, on fluorescent proteins. We were interested in solving a problem associated with tetrameric DsRed, which was that it is toxic when overexpressed in cells. To get around this, we devised screens to look at high level oligomerization/aggregation occurring in DsRed in order to find mutants that didn’t self-associate. Millions of screens later I developed DsRed-Express2, DsRed-Max, E2-Orange, E2-Red/Green, and E2-Crimson, which spanned the orange-red region for multicolor whole cell labeling applications with limited cytotoxicity. As part of this work, I got to do some fun things like crystallize proteins and solve their structures, spend a lot of time on the microscope, and learn a lot of cloning tricks. Beyond these studies, we were also curious about the chemical mechanism of chromophore formation in DsRed, and the last year of my thesis work was devoted to understanding that DsRed chromophore formation occurs via a branched pathway, where the chromophore can go either green or red, rather than from green to red.

Following my Ph.D. I did a ~one year postdoc in Rachel Green’s lab at Johns Hopkins University, where I was a Damon Runyon postodoctoral fellow, and studied how nonsense-mediated decay factors are talking to the yeast ribosome.

While at Hopkins, I saw Samie Jaffrey give a talk on Spinach, an RNA mimic of GFP. I was stunned and almost immediately applied to work in his laboratory at Weill Cornell University, where I worked on Spinach2 for improved folding and performance in cellular tagging demonstrations and used Spinach2 for imaging toxic repeat-containing RNAs associated with FXTAS. While there, I also worked with Spinach-based sensors and was part of the team that helped solve the structure of Spinach.

Q: When did you realize that you wanted to be a scientist?

RS: Like many scientists, I enjoyed math and science in school. But it wasn’t until a freshman biology class that things clicked, and I realized that the questions I was most interested in involved figuring out how cells work, especially in terms of their molecular machinery. In that class, I did a 4-week mating study on drosophila to look at dominant/recessive genes. Although that was the first and only time I ever worked with flies, I was hooked on the whole process of generating and acquiring data to test hypotheses. I was lucky to have great teachers in high school that only increased my enthusiasm for the life sciences.

Q: What are your proudest accomplishments as a scientist?

RS: I think my proudest accomplishments are simply the tools I’ve created. I love the idea that the work I poured into my projects directly benefited other research groups who were struggling for tools, especially for multicolor imaging. I still get excited when new papers come out that use my plasmids, and I was very happy when I saw that E2-Crimson has a blue flame with Addgene.

Q: When and why did you decide to leave the bench and become an editor?

RS: When I finished my postdoc in the Jaffrey lab I was on the academic job market. I was recruited by one university and was asked to interview with several others. At the same time, I noticed a job opening at Nature Methods calling for candidates with experience in fluorescence microscopy and probes. The ad spoke to me, as I had previously thought that being an editor at Nature Methods was the only job I could see myself having outside of academic science! I had had three great experiences working with the editors at Nature Methods (Dan Evanko, Nicole Rusk, and Tal Nawy) on my first author papers there. So, I applied. During my interview, I learned a lot about what the job really is, and I was really impressed with the whole team. My mind became more and more open to a career outside academia.

At the same time, I was on maternity leave with my first child, and I found the idea of having complete work-life balance more and more compelling. My husband also has a great job in the area, which was another strong reason to stay in New York.

Ultimately, I when I got the offer, I weighed all of my options and decided that for me the pros of the job balanced out what I would lose by not pursuing an academic career in the way I had envisioned earlier. It’s decision I have not regretted.

Q: What do you like best about being an editor?

RS: There is a lot to love about being an editor! For me the best parts are staying at the cutting edge of science, curating my favorite journal, having a role in scientific publishing that I can use for the good of science, constantly learning new things, traveling and meeting new people, and engaging with junior researchers about the publication process.

Q: What do you find hardest about being an editor?

RS: For me the hardest thing about being an editor is rejecting papers. At Nature Methods we reject roughly 90% of what comes through our door. I realize that each of these papers represents a lot of hard work, and that quite a bit of hope rides with each submission. This motivates me not to take rejections lightly and to treat each paper with the attention it deserves.

Q: What is your favorite place in the world to visit?

RS: I love visiting Korea, because I have family there, and I just love the food and culture. I can’t wait to take my kids there in a few years.

Q: What do you like to do outside of work?

RS: I have two young kids, so most of my free time is spent doing all the normal parenting stuff. But, I do carve out time for my favorite pastime, which is horseback riding.

Allison Doerr
Chief Editor, Nature Methods, Springer Nature
Follow
Allison has been an editor with Nature Methods since 2005, and chief editor since November 2018. She has been responsible for all areas of biochemistry for the journal, including structural biology and proteomics. Prior to her editorial career, she completed her Ph.D. in Chemistry at Princeton University, where she studied de novo protein design and protein-ligand interactions using NMR spectroscopy.

Editing in the time of coronavirus: a journal perspective

Our March issue is live 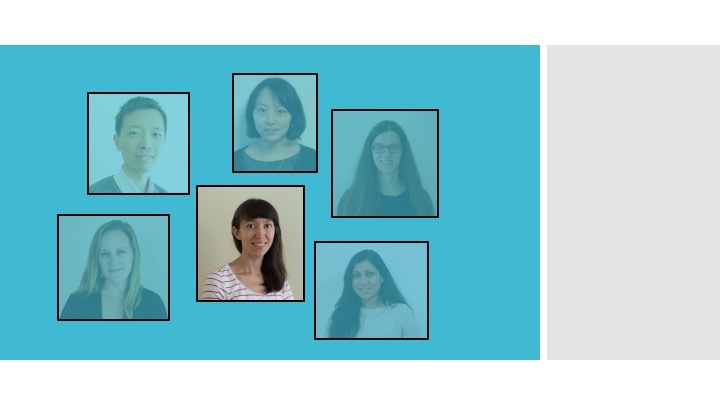 Senior Editor Rita Strack handles papers mainly in microscopy, imaging and probes for Nature Methods, and also covers cellular biochemistry, chemical biology, and RNA biology. Get to know a little more about her in this Q&A, and follow her on Twitter @rita_strack.