Reduction of the illumination power for high-speed multiphoton microscopy

A major goal of brain research is to image the dynamics of groups of neurons during behavior. While even simple behaviors involve interactions of a large number of neurons, our tools for assessing function at the level of individual neurons usually allow only access to small regions of the brain, and with limited temporal resolution. Optical methods provide high-resolution, non-invasive measurement of neural function, ranging from single neurons to entire populations, in the intact brain. Importantly, optical methods allow cell type-specific recordings. Nevertheless, the limited spatial scale and temporal resolution remain the main challenge for optical imaging. The main technology used for cellular-level imaging deep within scattering brains is multiphoton microscopy (MPM), a now well established approach.

A critical concern in large scale imaging of both calcium and voltage is the photon budget. Because typical MPMs operate at the photon shot-noise limit, the maximum number of neurons that can be imaged at high spatial and temporal resolution is fundamentally limited by the signal photons (which defines the SNR), which in turn is determined by the maximum permissible average and peak power in biological specimens. For example, of neural activity over large fields of view the SNR is currently limited by the total laser power that can be delivered to the mouse brain (approximately 150 mW; perhaps more in larger animals). With standard raster scanning, approximately 90% of excitation is wasted on non-informative parts of the sample (e.g. neurons). It is obvious that a better, more photon-efficient method is needed.

Figure 1: The concept of an adaptive excitation source. (a) MPM with a laser outputting a periodic pulse train (without feedback). A sample image is shown in (a). (b) MPM with the proposed AES. By feeding the structural information to the laser (dashed line in (a)), the laser outputs a burst of pulses that is synchronized with the scanner, resulting in an imaging system that only excites the ROIs (e.g., the shown in (b)).

To address the fundamental limit of the photon budget, we developed an adaptive excitation source (AES) that illuminates only the informative parts of the sample, by outputting pulses only within specified regions-of-interest (ROIs). The AES thereby generates the most photon- efficient excitation for functional imaging, i.e., every photon emitted from the source AND every photon on the sample is used to record brain activity. The gain in the photon budget, i.e., the reduction of power from the source and the power the brain, is inversely proportional to the volume fraction of the ROIs. Greater than 10x improvement in photon budget can be achieved by the AES for imaging neuronal activity because neurons only occupy a small fraction of the brain volume. This gain in photon budget directly translates to > 10x increase in (or the number of neurons recorded) without increasing the excitation power or sacrificing SNR. For example, with the AES, more than 30 times reduction in the average excitation power is achieved both two- and three-photon microscopy.

We demonstrated an AES for imaging neuronal activity with a large FOV, a large penetration depth and a high frame rate while using low average power. Although our main motivation is to improve the speed of brain activity recording, the concept of the AES represents a new direction in designing an imaging system where the excitation source itself is optimized according to the sample under study. The adaptive excitation technique requires no modification of the microscope hardware, has the same large FOV of a conventional MPM, and works at the excitation wavelengths for both two- and three-photon imaging. In fact, the AES can be integrated with any existing MPMs, which will enable straightforward translation of the technique to the wider imaging community. 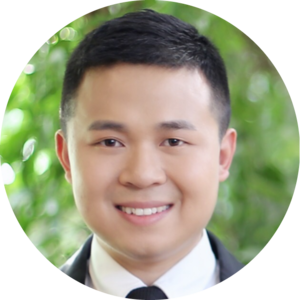 +2
Ben Glocker and 2 others
Springer Nature Protocols and Methods Community
We use cookies to help improve your experience. By continuing to browse our website you are consenting to our use of cookies.
Learn more