the story of how our search for optimal noise suppression led to the development of the first assay for dynamic phenotypic screening of genetic libraries.
Michael J. Lawson
Postdoctoral Fellow, California Institute of Technology
Follow
Like Liked by Ruth Milne and 1 other

DuMPLING (dynamic μ-fluidic microscopy phenotyping of a library before in situ genotyping) enables screening of dynamic phenotypes in strain libraries and was used here to study genes that coordinate replication and cell division in Escherichia coli.

It started with a theoretical problem. I’m not sure if you’ve ever given much thought to whether the binding of bacterial transcription factors is optimized for binding DNA strongly, but to make a long story short, because it’s kind of beside the point, it is not. But if it’s not binding strength, it must be optimized for something else because that’s what evolution does to biological processes. This was several years ago. At the time, people were starting to do single-molecule experiments in living cells and as a consequence, realized that biology is a stochastic mess and that it’s a wonder that cells can regulate anything at all. In light of this, noise suppression seems to be a pretty reasonable thing to optimize for, especially if you are an auto-regulatory transcription factor.

Attractive as noise suppression might be as a hypothesis, it turned out to be hard to test. To experimentally corroborate the beautiful predicted curve, we needed a bunch of artificial bacterial strains that sported the same average gene expression, but at different transcription factor binding strengths. All attempts to intelligently engineer such strains failed badly, leaving us with no other choice but to start with a massive library of random modifications and fish out the desired individuals from this pool.

At about this time, that is 2014, we realized that although creating a randomized library might be a challenge, the task of characterizing this library, preferably by single-molecular counting, was all but impossible using available technology. So, we were in this situation where we had a lot of cool protocols for single-molecule microscopy, as well as the tools for making really big genetic libraries, but no way of combining these methods. What we did have was some competence in growing and analyzing bacteria using microfluidic cultures on chips. This technology just so happened to fit magically in the gap between large-scale genetic engineering and advanced fluorescence microscopy. And thus, the DuMPLING technique was born.

DuMPLING stands for Dynamic u-fluidic Microscopy Phenotyping of a Library before IN situ Genotyping, which pretty much summarizes the idea: to analyze dynamic phenotypes in large genetic libraries and subsequently recover the underlying genotype. We first introduced the concept in 2017 in Molecular Systems Biology, and spent the next two years optimizing pretty much everything, which is kind of where we started, so, full circle, I guess.

We have now tested the performance of DuMPLING to investigate the bacterial cell cycle regulation, and the results are encouraging (Nature Methods). Using the DuMPLING technique, we accurately identified most of the genes that were previously associated with cell cycle regulation, and a few new candidates, and we also resolved the particular effect of suppressing these genes on specific parameters. The next step is to expand the library to include all the genes in the E. Coli genome. In this way, we can use the library to connect uncharacterized genes to complex phenotypes.

But what happened with the transcription factor binding strengths? I hate to disappoint you, but all I can tell you at this point is that it is still a damn good-looking hypothesis. 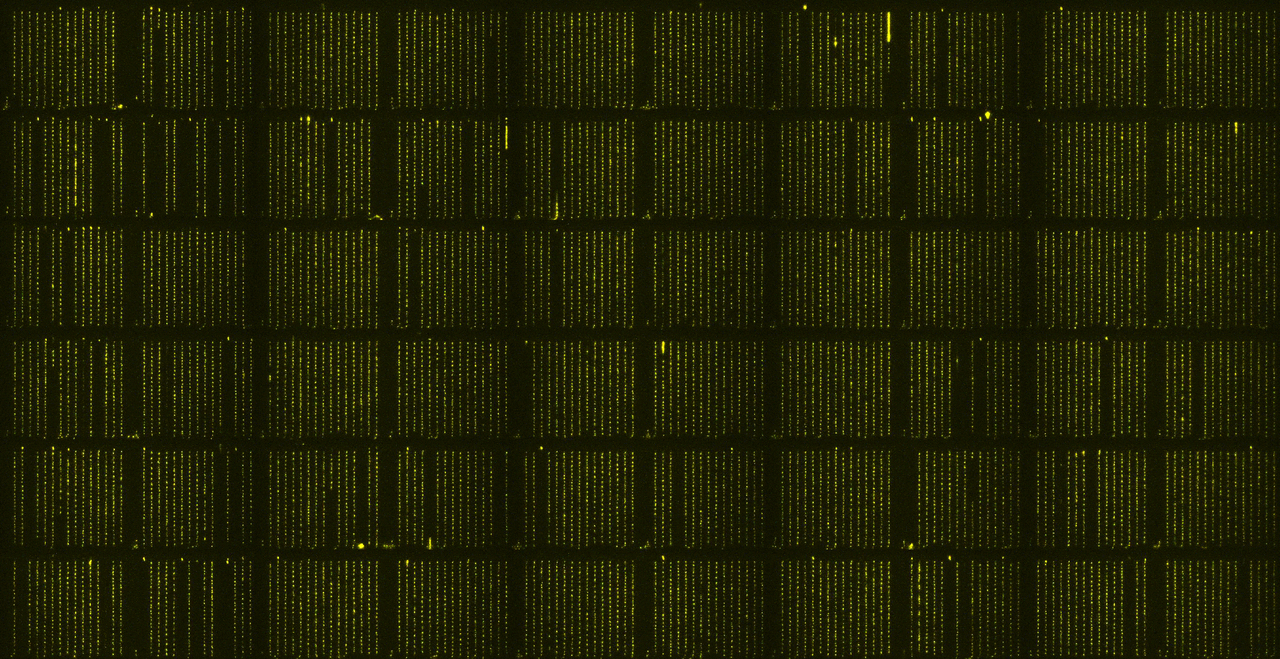 the story of how our search for optimal noise suppression led to the development of the first assay for dynamic phenotypic screening of genetic libraries.