The challenge of integrating and releasing reagents in microfluidics for biosensing

“Self-coalescence” of a liquid in a microstructure containing reagents can be programmed to master the dissolution profiles of picogram quantities of reagents in nanoliter volumes of solutions. This brings new options for chemistry and biosensing at the microscale.

Miniaturizing biochemical reactions using microfluidics offers portability, low reagent and sample consumption, and opportunities for integrating various functions in one simple-to-operate device. However, a significant challenge is the integration of reagents in such devices and their proper dissolution in a sample. Chemists like me, as well as diagnostic test manufacturers want to have chemical reactions under full control, i.e. reagents need to dissolve when needed, and in a specific sequence. While working on a project for the detection of pathogens causing respiratory tract infections and involving diagnostic companies and hospitals, I felt very frustrated when reagents inside our microfluidic devices were repeatedly dissolving so fast in a sample filling a microchannel that a strong accumulation zone of reagent was forming at the liquid filling front. No matter how we would change the inkjet spotting pattern of deposited reagents or flow conditions, the problem would persist and prevented us from observing a reasonable signal for the tests. Even worse, going back to a review in 2013 in Chem. Soc. Rev. (Hitzbleck, 2013) where we covered methods for integrating reagents in microfluidics, we found that the solutions in the scientific literature, while interesting, all lacked flexibility for implementation of complex reactions.

We had to do something but not at any costs. For example, we did not want to add active mixers or rely on a user to perform a sample preparation step off-chip. We also did not want to increase the costs and specifications of an equipment for reading signals at very high resolution, potentially in an area of the accumulation that could have been a bit more “under control”. It then became clear that we should separate the liquid filling a chamber and the reagents in a first phase. The analogy we thought of was a subway (liquid) entering a station (chamber) where passengers (reagents) wait on the platform. Once the train is stopped, doors open and all passengers enter the train from one side, which results in a fast and even distribution of passengers in the wagons. There were few options to implement this, ranging from patterning a hydrophobic lane along the bottom surface of the chamber, a rail, a trench, or other microstructures regularly spaced. Guiding and pinning liquids inside channels using various microstructures has been extensively studied. There was for example an interesting paper by Paul Vulto et al. (Lab on a Chip, 2011) where “phaseguides” were used to determine the filling trajectory of a liquid in a microchamber. We also had extensive experience with capillary-driven flow, capillary valves, and pinning liquids using microstructures. But in our conception, we had to add a complex dynamics to the filling by forcing the liquid to stop its motion as soon as it wetted the reagents in order to avoid just moving the reagents around and falling back into the accumulation issue.

The breakthrough came with the observation of self-coalescence where we noticed that a stretched air-liquid interface can be forced to fold onto itself in the vicinity of reagents. The self-coalescence can back-propagate like a shockwave along the main axis of the chamber where dry reagents are deposited. During this process, the liquid steps over the reagents and loses motion exponentially fast. This phenomenon is explained in great details in the paper and related Blog by Thomas Gervais and here we just need to acknowledge that without motion there cannot be dispersion and accumulation of reagents.

The observation of self-coalescence was the most important step forward but also the easiest: It really took the varied background of all of the authors on our paper and the great experimental skills of Onur Gökçe, who is the first author on the paper, to characterize, model and master this phenomenon. What can be done in terms of controlling the dissolution of reagents using self-coalescence and the microfluidic structure for implementing it (the “self-coalescence module”) is mostly limited by our imagination (and the time before unavoidable passive diffusion brings distant reagents into contact): we can realize a spotting map to deposit picogram quantities of reagents in a SCM using an inkjet spotter and model the resulting dissolved profile of the reagents very precisely. Different types of reagents can be integrated for performing locally distinct reactions. Or the reagents can be repeatedly spotted one next to another. Gradients can be formed, as well as mixing operation. SCMs can be used serially for multistep reactions or in parallel for multiplexed analysis. Solutions containing dissolved reagents can be sent out of a SCM for downstream analysis, etc.

Looking back at our work, it is clear that the multidisciplinarity of our team was key to achieving such a vertically-integrated work, from discovery and first principle characterization, to implementing enzymatic and DNA-based assays. Our follow up work is using self-coalescence for the homogeneous dissolution of antibodies for immunodiagnostics and additional enzymatic-based assays. We hope to demonstrate, in doing so, that self-coalescence modules are just another fundamental unit operation in microfluidics that can be used in capillary mode or with active pumping, along with other common modules (mixers, splitters, diluters, droplet generators, etc.) to increase the versatility and simplicity of use of miniaturized tests. 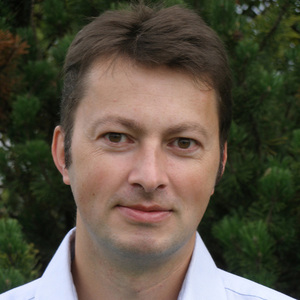