Editor Nature Protocols
From the Editors, On the Road, Stepwise

About a month ago, I attended the EACR Cancer Genomics meeting. The quality of the talks and panel discussions was excellent, with several world-renowned oncologists sharing their latest study results. There was much discussion of new techniques, technologies, and computational tools.
Mel Clyne
Chief Ed, Nature Protocols
Follow
Like Liked by Ben Johnson and 1 other
0

Please note that this conference is completely sold out, and we are unable to accept any more registrations. Click here to take a look at the full list of our other exciting upcoming EACR conferences.

Trey Ideker, the developer of Cytoscape, kicked us off with a talk on DCell, his deep learning neural network for modelling hierarchical cell structure and function. Dana Pe’er then spoke about her Palentir model for predicting cell fate trajectories from single-cell data, leading to the identification of unknown lineage relationships. John Marioni is also using single-cell genomics to understand cell fate decisions, and has developed scNMT-seq (single-cell nucleosome, methylation and transcription sequencing), which uses a GpC methyltransferase to label open chromatin followed by bisulfite and RNA sequencing.

A key topic of the meeting was cancer immunotherapy, particularly personalised neoantigen-specific adoptive T-cell therapy. The gold standard technique for analysing tumour-infiltrating lymphocytes (TILs) came out of the Hadrup and Schumacher labs, who achieved parallel detection of antigen-specific T-cell responses by combinatorial encoding of MHC multimers. Pia Kvistborg and Amalie Bentzen both helped to develop this approach and discussed it in separate talks at the meeting. Kvistborg has found that only a small number of potentially immunogenic neoantigens are recognised by T-cells and likelihood of immunogenicity increases with RNA expression and predicted MHC affinity. Bentzen has set up systems for labelling MHC multimers with DNA barcodes - first for the large-scale detection of antigen-specific T cells, and then for the simultaneous identification of antigen specificity and TCR sequence in single cells. Jim Heath talked about his modified version of this approach, called nanoparticle-barcoded nucleic acid cell sorting (NP-NACS), which uses magnetic nanoproteins to present the peptide MHC tetramers.

Charlie Swanton has also performed MHC-multimer analysis of TILs and found that a high burden of clonal tumour neoantigens (found in every tumour cell) correlates with improved response to immunotherapy and survival. Following on from his talk, he co-chaired a fascinating panel discussion on cancer biomarkers with Jenny Wargo, who has a special interest in the role of the gut microbiome. She has found differences in the microbiomes of healthy people and cancer patients, as well as between early and late-stage disease patients. She has also identified a highly diverse ‘rock star’ microbiome signature that boosts immunotherapy response, and several studies are now underway for modulating the microbiome. Mouse studies showed that faecal transplant could recapitulate this phenotype, so should we do faecal transplants for all immuno-oncology patients? Two recent deaths due to transmitted bacterial infection suggest we must improve our screening regulations. In the meantime, she urged us to eat a high-fibre diet (increases microbiome diversity, reduces cancer risk, and improves immunotherapy response), avoid unnecessary broad-spectrum antibiotics (deplete microbiome and reduce efficacy of cancer therapies), and be wary of over-the-counter probiotics, which she has found actually reduce microbiome diversity and immunotherapy response.

Cancer genomics and beyond… 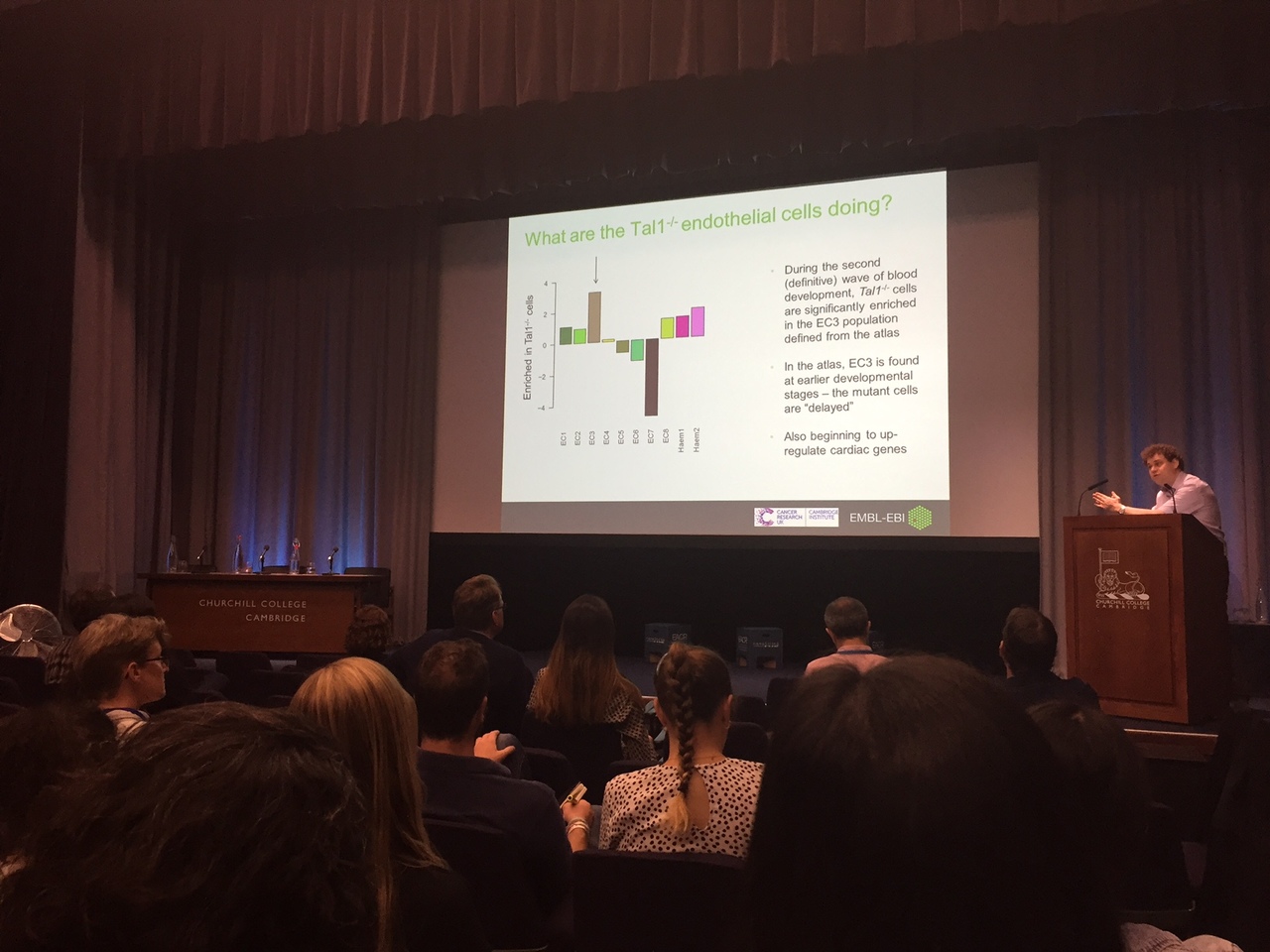 About a month ago, I attended the EACR Cancer Genomics meeting. The quality of the talks and panel discussions was excellent, with several world-renowned oncologists sharing their latest study results. There was much discussion of new techniques, technologies, and computational tools.