We have recently published a much-needed protocol for electrochemical ammonia synthesis. To understand why we need a protocol in the first place, it is essential to understand why the reported data in the field is questionable, and what can be done about it.
Suzanne Zamany Andersen
PhD student, Technical University of Denmark
Follow
Like Liked by Ben Johnson and 1 other

The idea behind the paper started over a decade ago. The motivation came in two parts: our own frustration at not being able to reproduce any of the literature in aqueous media, and to be able to distinguish good results from false positives. Our group had spent years trying to reproduce various results claiming to produce ammonia in aqueous electrolyte, but with no success. Before starting, we managed to clean our setup down to 10 ppb of ambient ammonia contamination: the detection limit of the indophenol method. However, if we were not careful, we could easily detect up to 0.3 ppm of ammonia - which then thought as a great success soon realized frustration - as contamination from the chemicals, the nitrile gloves, the gas stream, etc. We tested the most active catalysts for this process, as well as many different catalyst materials and electrolytes, at different potentials, utilizing various electrode preparation processes from the literature, but to our great disappointment, we were unable to make ammonia significantly above the background contamination levels.

In the literature, many results look questionable, e.g. NMR data “proving” nitrogen reduction, where the spectra -hidden away in the supplementary info- only has a blip barely distinguishable from the background, asymmetrical and skewed spectra, lots of nitrogen containing compounds in the electrode preparation, a general lack of blank tests, etc. Many of these papers are published as a success story, exactly because it is hard to catch these mistakes, since there is no universally accepted procedure to carry out measurements. The community therefore had a glaring need for a protocol to help prevent false positives from appearing in the literature.

We therefore created this protocol in December 2017, with the idea of the flow chart borrowed from photocatalysis literature. We had plenty of results, which did not pass point (1.4), and therefore needed a positive result, which could pass all points, to prove the validity of the protocol. We started a systematic literature search; listing the execution of blank tests (if any) various papers had carried out, along with their results, converted to a comparable unit. We stumbled across an old lithium mediated process which had reported a very substantial production of ammonia, over a ppm, far higher than the background we commonly could measure when not being careful, although we noted a lack of isotope measurements in the report. At Stanford University, the Jaramillo and Cargnello groups combined had had some success repeating these measurements, and with our combined efforts, we were able to systematically confirm that the old reported procedure reproducibly makes ammonia, in separate laboratories, with all the required background tests.

Our paper detailing the rigorous experimental procedure was submitted in June 2018, at a time where there was no systematic protocols for ammonia synthesis in the field of electrochemical nitrogen reduction. However, our results were already shared with the community at the 233rd ECS meeting in May 2018, to spread awareness of the protocol that we had proven to work. The reasoning behind showing our results early came from the hope of giving researchers the tools to prevent false positives while reporting data in a standardized way, thereby advancing the field towards our common goal: moving the field towards practical, electrochemical technologies for the electrochemical reduction of N2 to ammonia.

Once again we stress that it is mandatory for authors to demonstrate that the amount of electrochemically synthesized ammonia should be the same whether  molecular nitrogen of  15N2  or 14N2 are used. This also applies to other forms of nitrogen containing compounds being seen in the literature – urea, amino acids, hydrazine – which are claimed to be synthesized from N2.

Ruth Milne
about 3 years ago

10 years in the making! Congrats on the paper and thank you for sharing it with the community. 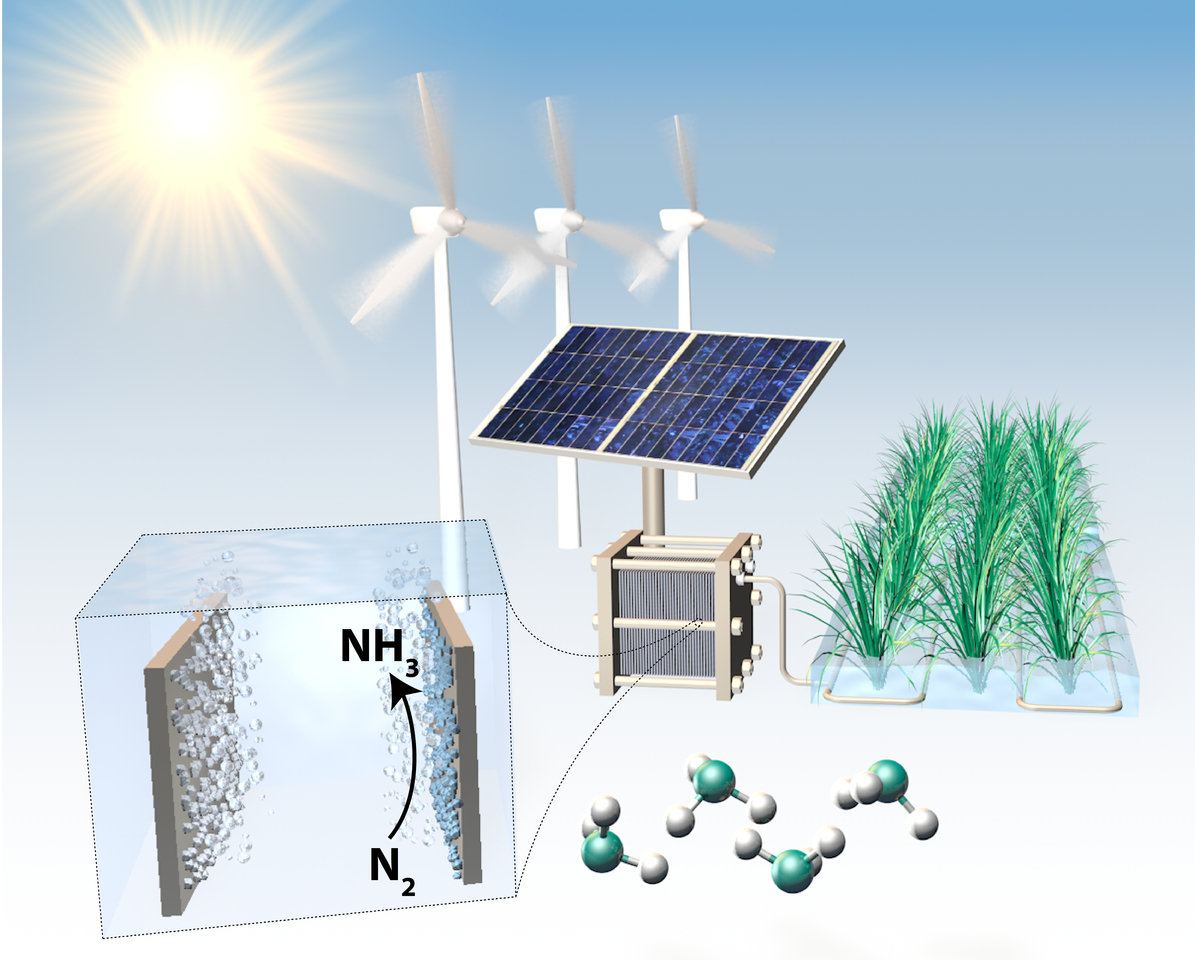 We have recently published a much-needed protocol for electrochemical ammonia synthesis. To understand why we need a protocol in the first place, it is essential to understand why the reported data in the field is questionable, and what can be done about it.