During embryonic development, cells can integrate information in space and time to build the complex structure of a full organism in a remarkably reproducible way. The possibility to emulate some of the ‘logics’ of embryonic development to rationally control tissue formation in vitro is one of the main goals of the Laboratory of Stem Cell Bioengineering at EPFL.

A tricky problem in constructing tissues outside of an organism is how to present key signalling molecules, also termed morphogens, to the cells in culture at the right time and dose. Simply exposing a cell ensemble to a uniform concentration of a morphogen, as is commonly done in organoid cultures, results in uncontrolled morphogenesis, because the cells lack important spatial and temporal instructions. In a developing organism, cells are exposed to highly dynamic and spatially variable signalling environments that are generated by so-called ‘signalling centres’. These centres act as sources of morphogens (or morphogen inhibitors) that play an essential role in the formation of cell fate patterns. We hypothesized that engineering of an artificial signalling centre ‘ex vivo’ could allow us to steer the self-organization of a stem cell population towards a desired outcome, with obvious advantages for tissue and organ engineering.

The initial idea for our paper came from a really cool Nature Methods article reporting the surprising self-organization capacity of Pluripotent Stem Cell (hPSC) colonies grown under geometric confinement1. In this paper, Ali Brivanlou and Eric Siggia with their colleagues at Rockefeller University showed that hPSC colonies, stimulated with the morphogen BMP4 and forced to grow on circular adhesive patches, self-organized into radial patterns of different cell types. This system recapitulated some features of embryonic gastrulation such as the ordered presence of cells from multiple germ layers. Because of their robust and predictable outcome, we felt that micropatterned hPSC colonies could be an ideal testbed to study whether artificial signalling centres could be built and used to influence the patterning of a self-organizing multicellular system.

But how to expose hPSC colonies to localized signalling sources? Based on the lab’s previous experience (e.g.2,3), we decided to turn to microfluidic technology. Together with my colleague Yoji Tabata, I designed and fabricated a microfluidic device that could contain geometrically confined hPSC colonies and allow for the exposure of the cells to gradients of morphogens diffusing from localized signalling sources. Although everything looked straightforward on paper, we had to go through a painfully long period of trial and error in which we designed, fabricated and tested several prototypes. One of the major problems was the incompatibility of the devices with stable hPSC culture.

After months of optimization work, we ended up with a functioning prototype device that we fabricated from poly(dimethylsiloxane) (PDMS). An important feature of this system was a set of hydrogel walls that separated the circular hPSC culture chamber from the external channels used for medium perfusion (Fig. 1a, b). The hydrogel walls thus shielded the cells from convective flow present in the external channels, yet allowed for the diffusion of molecules across the culturing chamber. In this way, we managed to generate dynamic concentration gradients of morphogens inside the chamber in a predictable and reproducible manner (Fig. 1c, d).

Excitingly, this microfluidic device enabled us to control the patterning of hPSCs and led to a number of interesting findings. For example:

We think that this system is broadly applicable to study how localized signalling sources and morphogen gradients operate in determining cell fate patterning. The approach may be useful for building more complex physiological signalling environments to quantitatively study symmetry breaking or other complex cell behaviours that occur during early embryonic development and organogenesis. Ultimately, this system could elucidate important principles that can be applied to increase the control on in vitro morphogenesis for applications in other fields such as tissue engineering.

This post was written by Andrea Manfrin and Matthias P. Lutolf 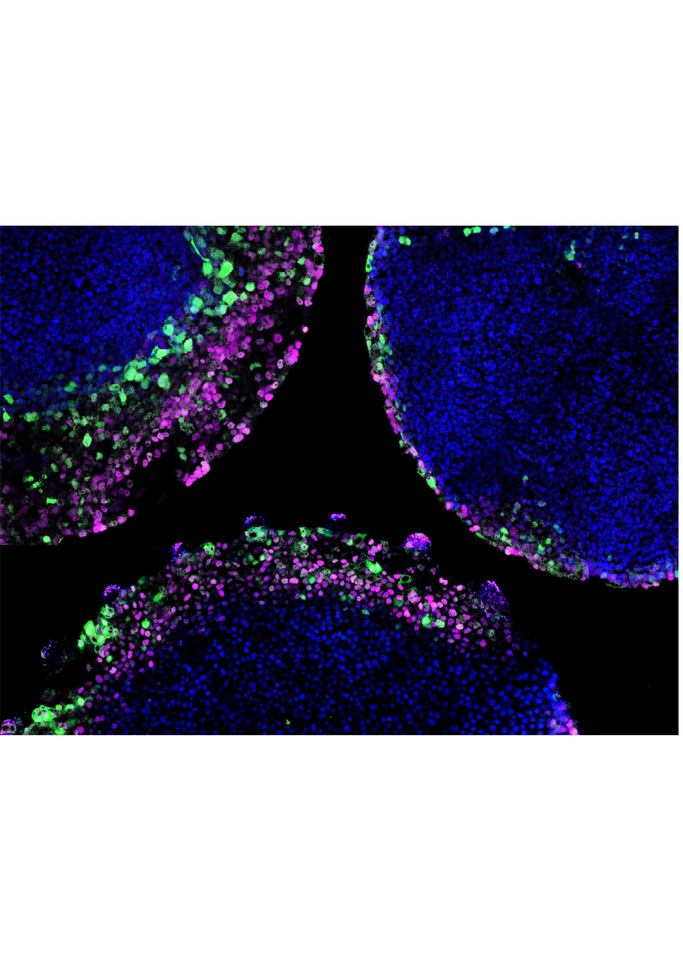