Bridging the gap: the case for increasing diversity in genomic discovery

The Population Architecture using Genomics and Epidemiology (PAGE) Study was created over ten years ago to investigate the genetic architecture of disease in diverse populations in the Americas. At the time, the vast majority of genome-wide association studies (GWAS) were performed in European ancestry populations. Today, although the sample size in published GWASs has collectively surpassed 100 million participants, it is still the case that over three quarters of participants are of European descent. This gap is particularly severe for some population groups, i.e. Hispanic/Latino participants represent <2% of individuals in GWAS. The PAGE Study is one of the largest GWAS in multi-ethnic and diverse populations and is focused on 26 medically important biomarkers, lifestyle behaviors and diseases. This study makes several advances impacting multi-ethnic GWAS and downstream applications. We provide tools and best practices to empower GWAS in diverse populations, and make many novel discoveries that we can trace to population-specific effects. Importantly, this study allows us to ask general questions about how genomic discoveries transfer across populations, with important implications as we move toward an era of precision health in the United States and worldwide.

One of the first challenges we had to overcome was that many standard tools used for GWAS assume all individuals come from a single homogeneous population. Therefore our first task required re-assessing each step of standard pipelines for genomic discovery. We began by designing the Multi-Ethnic Genotyping Array, a new array designed from the ground up to capture variation across diverse populations. We next worked with several biostatistical groups in PAGE  to enhance and extend GWAS statistical tools to deal with population diversity, including recent mixed ancestry and familial relatedness present in our study. As we show both here and in Figure 1 of our manuscript, a principal components analysis of the PAGE populations reveal a continuum of genetic ancestry, rather than discrete groups, and we demonstrated that a single unified analysis using our pipeline was optimally powered for discovery. Despite these traits being extensively studied in much larger GWAS in Europeans, we discovered 27 novel genetic associations enriched in non-European groups, garnering fresh insights into the biology of these traits.

While these discoveries yield insights important for the genetics of disease in populations in the PAGE study, we know that there are already large GWAS for thousands of diseases and traits primarily performed in European populations. So an important question to ask is how those discoveries translate across diverse populations. We found we could replicate ~1500 previously-associated loci in PAGE, and observe general trends that inform some of the challenges and opportunities we will face as a field going forward.  For example, in general we observe deflated effect sizes for European GWAS loci in populations in PAGE, especially attenuated within African-Americans. On the other hand, we show that adding diverse populations to large European GWAS can improve resolution to identify the causal variant underlying a statistical association. These findings reflect the importance of adding diversity to genomic discovery efforts.

What does this mean for future genomic studies?

Genetic studies are getting larger and larger, and expanding to integrate new types of data, including health systems data. This will provide exciting opportunities to bridge genomic research into clinical care for precision health. As we move forward, we need to take care that our efforts do not only benefit certain populations and patients. The work in the PAGE Study provides best practices for understanding how we can perform better powered analyses, and ultimately, better understand the genetic architecture of complex traits across the world. This in turn will ensure that genetic research can ameliorate, rather than exacerbate, health disparities. 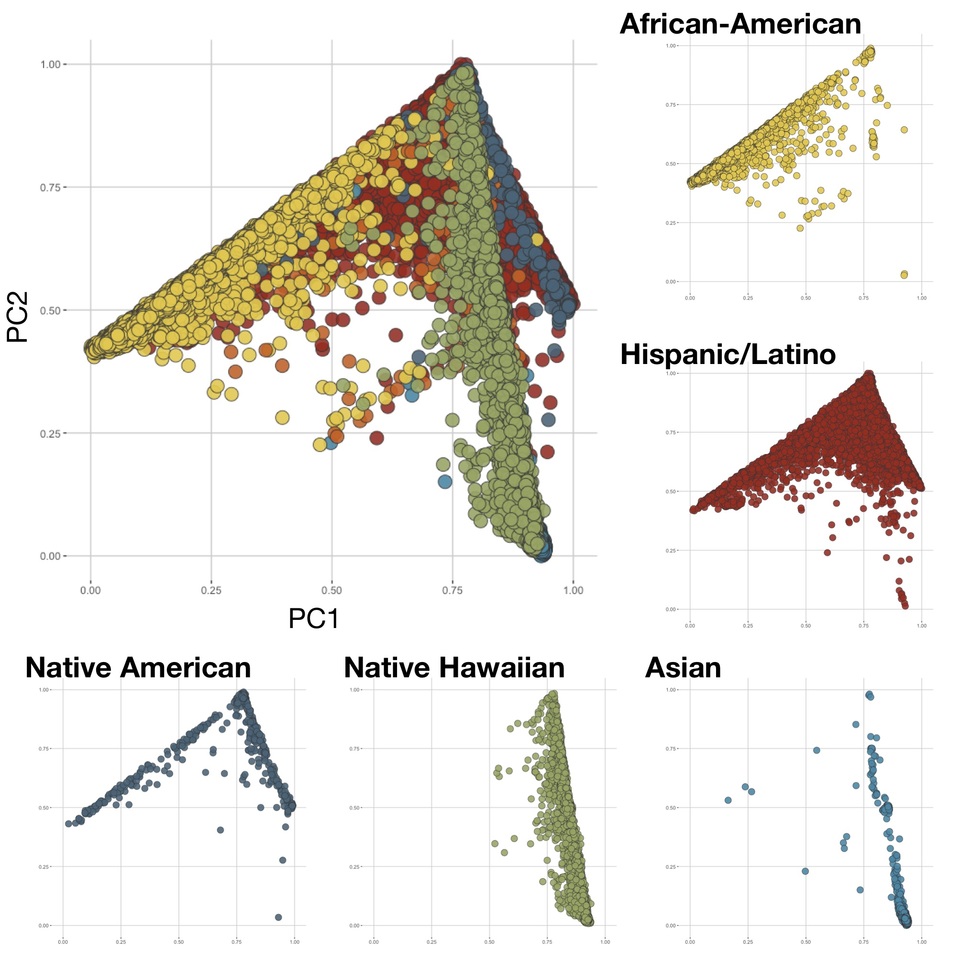