Editor Nature Protocols
From the Editors, On the Road

I recently returned from the Proteomics Keystone meeting in Stockholm, organised by Matthias Mann, Emma Lundberg, Albert Heck and Mathias Uhlén. It was a fantastic meeting (very techniques-focussed), with many excellent talks... too many to cover them all but I have chosen a few highlights.
Mel Clyne
Chief Ed, Nature Protocols
Follow
Like Liked by Ben Johnson
0

The focus of the meeting was on the clinical application of proteomics and was kicked off by a keynote lecture from Babu Madan Mohan on intrinsically disordered protein regions and the high levels of variation found in G-protein-linked receptors (GPLRs). Many healthy people carry GPCR variants without knowing it (has no obvious effect on function) but receptor variants can impact drug response. He is working with the NHS on a pilot study to determine whether patients can be screened and receive individualised therapy based on their specific GPCR variant – exciting stuff!

Each person’s proteome can act as a ‘fingerprint’ – it is completely unique – and proteomic profiling of body fluids (particularly blood plasma) is now being used to facilitate patient stratification and biomarker discovery. Mattias Uhlen and Matthias Mann are leading the way on this front, with Uhlen remarking that this is the ‘this is whole point of the conference - where proteomics is really being clinically translated’. Mann has used plasma proteome profiling (using just 1 µl of plasma!) to discover novel proteins associated with non‐alcoholic fatty liver disease and study dynamics of inflammatory and lipid homeostasis markers after Roux-En-Y gastric bypass surgery. Mann’s Clinical Proteomics Team has also used proteomic analysis of archived patient tumour samples to discover a novel prognostic biomarker in metastatic ovarian cancer linked to increased chemosensitivity and long-term survival.

Tamar Geiger (who developed Super-SILAC for quantifying human tumour proteomes) is using MS-based microproteomics to study breast cancer heterogeneity using very small tissue samples from patients. She has even managed to perform proteomics at the single-cell level – something that is notoriously difficult to do, even when multiplexing and using carrier cells to boost the signal. Using this approach, she found that oestrogen receptor phosphorylation is associated with tamoxifen resistance – an important factor for guiding treatment choice. Emma Lundberg is also studying single-cell heterogeneity of the human proteome – she has shown that 17% of the human proteome displays cell-to-cell variability and has identified several novel cell-cycle-regulated proteins that may be clinically significant in proliferative disorders. Albert Heck is also interested in the minutiae of proteomics. By making modifications to an Orbitrap mass spectrometer (now commercialised as the Q-Exactive Orbitrap MS-UHMR), he has performed very high-resolution native MS that can be used to study single ions of viruses.

In terms of drug development, Bernhard Küster has used kinobeads to show that most kinase inhibitors hit more than one target and are targeted by more than one drug, explaining large variations in drug response. He studied the proteotypes of 125 cancer cell lines and found evidence that AK1 protein levels predict response to chemo drugs (high levels mean resistance to the drug), which has been supported by clinical findings. Much of Mike Yaffe’s work is focused on how modular protein domains and kinases work together in cell signalling networks, and how this information can be used to design synergistic drug combinations for personalized treatment. He has found that Plk1 (polo-like kinase 1) inhibitors and TH588 (an MTH1 inhibitor) synergistically kill cancer cells and thinks that any tumour can be targeted in this way.

On the final day, Mike Snyder gave a fascinating and highly memorable talk on longitudinal personal omics profiling. He has analysed the genome, epigenome, transcriptome, proteome, metabolome, microbiome, and autoantibodyome of 100 people, identifying various cases of pre-diabetes, pre-cancer, early cancer, and incorrect disease diagnoses. All of the data are open access and he is currently expanding the study and looking for volunteers. He told us about some of the different wearable health-tracking devices available now (e.g. for monitoring glucose levels, gluten exposure, radiation exposure, etc.) – he wears about 7 or 8 at any point in time! He is particularly interested in the bacterial ‘exposome’ and wears a ring device that tracks all the bacterial species he comes into contact with (around 1,000 new species a year)! It feels like I am a little late to the game with this - perhaps I should start with a Fitbit or Apple watch!...

From the Editors, On the Road, Stepwise 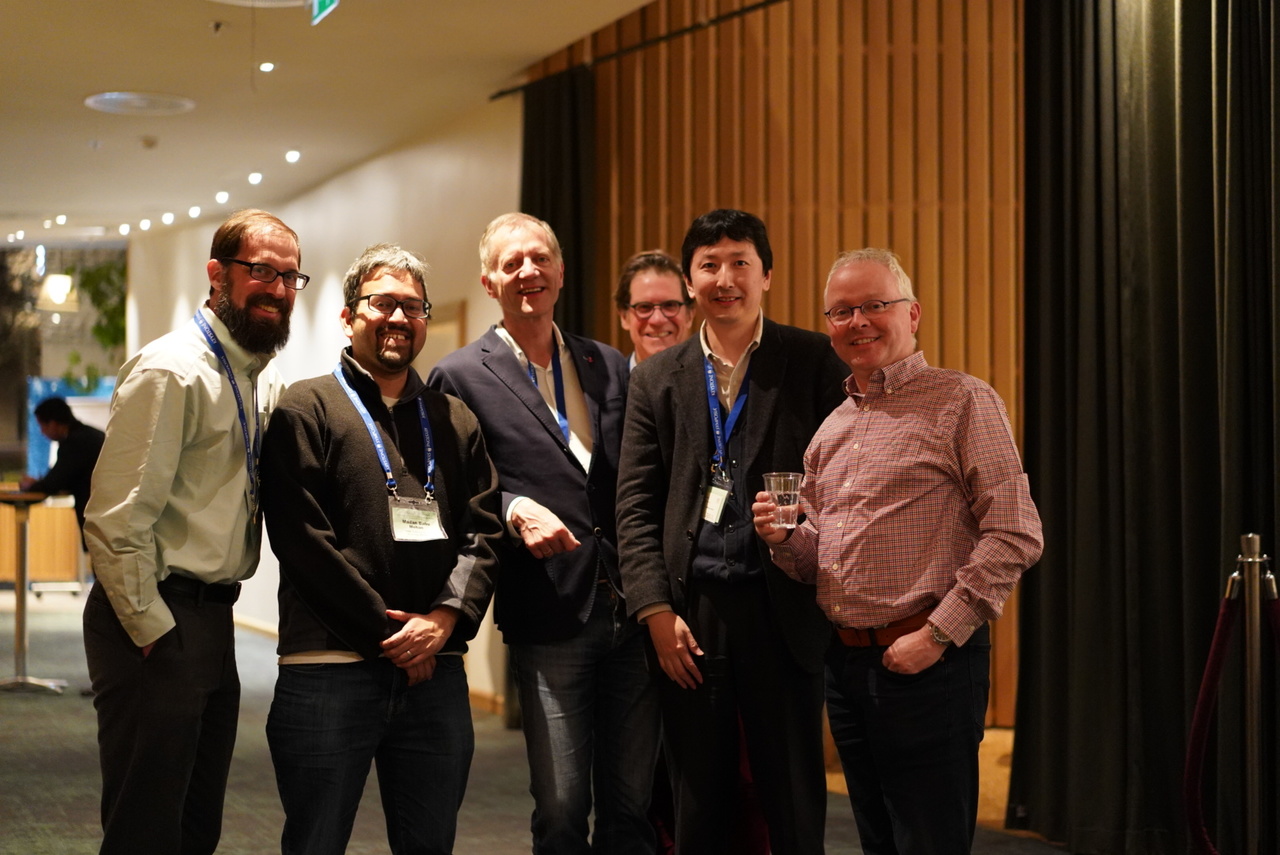 I recently returned from the Proteomics Keystone meeting in Stockholm, organised by Matthias Mann, Emma Lundberg, Albert Heck and Mathias Uhlén. It was a fantastic meeting (very techniques-focussed), with many excellent talks... too many to cover them all but I have chosen a few highlights.