In single molecule localization microscopy, like in other computational imaging techniques such as magnetic resonance imaging, the final image is so indirectly related to the raw data that the analysis algorithm effectively becomes a component of the microscope. So ensuring that the analysis software works well can be as important to final data quality as making sure there are no gouges in your microscope’s objective.

Single molecule localization microscopy is a super-resolution method based around finding the centres of blinky blobs. In conventional fluorescence microscopy, the emitted fluorescence from labelled molecules is blurred by the microscope, leading to a spatial resolution of about 250 nanometres. Localization microscopy circumvents this by making the labelled fluorescent molecules blink, by chemical or other means. This means that most of the time, we see only isolated fluorescent molecules, whose sharp point-like locations are transformed by the microscope into blurry blobs. Unsurprisingly, it turns out that the most likely location of a fluorescent molecule is in the middle of its corresponding blob, so we can super-resolve a molecule’s position by finding the blob centre. That is essentially all there is to localization microscopy – make molecules blink, image the blinky blobs, find the middle of those blobs, and plot a super-resolved image of the blob centres, which yields roughly 20 nanometre resolution (Figure 1). Of course, since this involves localising tens of thousands to millions of blobs, the analysis all needs to be done by software.

But what about 3D? For several years, I had been using 3D localization microscopy to image protein organization in cells, and getting more and more frustrated by my lack of understanding of what exactly the 3D localization microscopy software was doing to my data – and presumably everyone else’s. Were imaged structures being degraded or distorted by the image analysis? Was image resolution being lost due to imperfect software? Of course, one can work around this with robust biological controls, but to properly solve at the problem, we needed some means of testing 3D software performance.

So, over a beer in the Swiss sunshine in 2015, Daniel and I hashed out a plan to extend the 2D localization microscopy software challenge to 3D. “How hard can it be?” we thought. Famous last words…

Fortunately, the localization microscopy community is highly collaborative, and many labs kindly contributed a huge amount of time and effort to help design and run the 3D localization microscopy software challenge, together with an updated 2D software challenge. After many extended discussions, we came up with a design for the challenge which involved directly incorporating the point spread functions of several real world microscopes in the simulations, as well as realistic models for simulated structures, molecule photophysics and image noise (Figure 3).

A common limitation of super-resolution microscopy software, and scientific software in general, is sub-optimal usability and robustness. I was reminded of this by an experience during the peer review process for this paper, where we performed a pilot study testing some of the competition software on real experimental data. Mostly, software authors kindly performed this analysis. However, for one of the best performing software packages, the team who had written the software could not be contacted, so I tried to run the analysis myself. But even as an expert, after two days of trying I could not complete the analysis with that software, and ultimately abandoned the attempt.

To me, that experience was an example of how fragile scientific software often is, and how scientific software often dies when the author becomes unable to support it. This problem affects many fields, and I think solving it properly will require changing how we incentivise scientific software development. Currently in the life sciences we primarily fund and publish production of proof-of-concept algorithms and software. I think we also need to explicitly support turning proof-of-concept software into user-friendly and robust software packages. Furthermore, we will need to recognize that this work takes substantial additional investment of time and resources.

That said, many localization microscopy software packages give good consideration to usability, and some are quite excellent in this respect. To help users assess usability, we collected qualitative reports about each challenge software, which are available on the challenge website. In future, we intend to address this question in more detail, probably via a user-submitted software review and rating system.

To sum up our study: current single molecule localization microscopy software rocks! The best 3D localization microscopy software packages give formidable performance, far improved beyond the classic algorithms of a decade ago. And substantial possibilities for improvement remain, so if you want to keep getting the best out of your super-resolution data, keep an eye on the challenge website for new top software: http://bigwww.epfl.ch/smlm/challenge2016/. 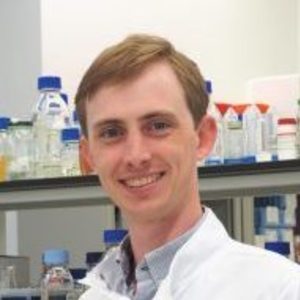