This general approach has worked well so far, resulting in perhaps a few hundred antibiotics that have growth inhibitory properties against a wide range of bacterial species. However, when we look at the biological processes that the vast majority of our current antibiotics inhibit, we find that they fall into only a handful of categories. With few exceptions, these are (1) cell wall biogenesis, (2) DNA replication, (3) transcription, and (4) translation. Given their roles in facilitating cell growth and division, these processes collectively consume the major fraction of metabolic output of the cell. Indeed, the fact that most of our current antibiotics inhibit energy-demanding processes is expected; by virtue of looking for these drugs using growth inhibition approaches, we have enriched for the identification of molecules that prevent energy-demanding processes from happening.

But what about instances where the bacteria we want to kill aren’t growing, or at least aren’t growing happily? Perhaps unsurprisingly, in the cases when we’re dealing with so-called antibiotic-tolerant cells, conventional antibiotics don’t work very well since these bacteria aren’t conducting a lot of the biological processes that they do during active metabolic states. Since we’re coming to realize that metabolically-repressed antibiotic-tolerant cells contribute to the disease burden of bacterial infections, we need to start thinking of ways to eradicate such cells. Unfortunately, we don’t really have good methods that allow us to study drug efficacy against antibiotic-tolerant cells in reasonable throughput, similar to the assays we use to interrogate growth inhibition. So, in this paper we wanted to take first steps in addressing this limitation.

The questions that started this project off were simple: rather than having to perform standard CFU quantification assays to monitor antibiotic-tolerant cell killing under metabolically-restricted conditions (which are time consuming and low-throughput), could we find a way that’s less laborious? Additionally, what would such an assay look like? After some daydreaming, we arrived at three criteria that should be met: the assay should be relatively easy, amenable to performing experiments in reasonable throughput, and allow users to probe cells in environments that wouldn’t be accessible using standard growth inhibition approaches.

With slight modifications to existing growth inhibition methods, we could have immediately addressed the first two criteria. In theory, we could have grown bacteria to stationary phase in liquid media to accumulate metabolically-restricted antibiotic-tolerant cells, added our antibiotic of choice, and after an incubation period we could have added a metabolic indicator to determine which cells had died and which had tolerated our antibiotic. Indeed, dozens of metabolic indicator dyes have previously been used to monitor the metabolic activity of both bacteria and eukaryotic species. Since dead bacteria don’t perform metabolic functions, using one of these dyes would be a reasonable approach.

However, since this workflow limits users to the environment in which the cells were initially grown, it did not address our third criterion. To achieve this, we had to move away from standard liquid cultures and start looking at cell growth in colonies. We reasoned that by growing spatially-restricted colonies on solid media, we could accumulate stationary phase cells in one growth environment, and then physically transfer them to a completely new environment (perhaps one in which bacteria cannot normally grow) where they would be treated with antibiotic. Moreover, we could stain for metabolic activity on solid medium just as in liquid. The challenge here was to find a solid substrate that we could use to move colonies between these different environments. After a lot of trial and error, we found that nitrocellulose membranes served the purpose well by restricting bacteria to their surface while letting nutrients diffuse to the colonies.

Once we had this general assay design, we first validated using Escherichia coli. Briefly, we grew colonies of E. coli BW25113 (Jon’s favourite organism) to stationary phase on nitrocellulose membranes on solid media, then transferred these membrane-bound colonies to solid media supplemented with antibiotics, and lastly to solid media supplemented with TTC, a metabolic indicator dye. As we expected, most antibiotics didn’t kill stationary phase colonies using both metabolic stating and conventional CFU plating as readouts. However, we observed that ampicillin and cefsulodin did, which was more than a little surprising given that PBP-targeting antibiotics are usually ineffective against stationary phase liquid cultures. We note here that this could be an interesting observation that warrants further exploration in the context of biofilms, which are somewhat similar to colonies.

At this point, we felt that we had a useful assay, and wanted to start performing thousands of stationary phase colony killing experiments in parallel (colony-pinning robots are fun). We also had a name: the solid media portable cell killing (SPOCK) assay, which we were quite happy about. After yet more daydreaming, we decided to run what turned out to be an illuminating proof-of-concept experiment; we screened the E. coli Keio collection (~4,200 single-gene deletion strains) grown to stationary phase in colonies against the fluoroquinolone antibiotic ciprofloxacin. We could have chosen any antibiotic in theory, but we wanted one that has been thoroughly explored both at the level of biochemical activity and genome-wide chemical-genetic interactions, as well as one that displayed terrible activity against stationary phase wild type E. coli.

The data from the SPOCK screen using ciprofloxacin were really interesting. Relative to conventional growth inhibition conditions, we observed a largely unique set of gene-deletion mutants that were sensitive to killing by ciprofloxacin in the context of stationary phase colonies. We subsequently performed some follow-up experiments on a subset of hit strains from the SPOCK screen using stationary phase liquid cultures and arrived at a handful of genes that might be good targets for ciprofloxacin adjuvant therapies specifically against tolerant cells. Based on our data, we’d say that LdcA (murein L,D-carboxypeptidase) is a prime candidate against which we should think about developing adjuvants to enhance the efficacy of conventional antibiotics against drug-tolerant bacteria.

We note here that while we took a genome-wide chemical-genetic approach to explore the possible utility of the SPOCK assay, we realize that there are other avenues of exploration. One that we think might be particularly useful could involve curating collections of thousands of clinical isolates, growing these to stationary phase in colonies, then transferring them to an array of conditions that mimic infection environments during antibiotic exposure (think blood and organ homogenates). When sensitive strains are identified, whole genome sequence to identify candidate genes that might explain why some strains succumb to various antibiotics under conventionally tolerant conditions and why others don’t. This could improve our understanding of which biological processes promote tolerance in human pathogens under different metabolic conditions, thereby providing new drug targets.

Overall, we think the SPOCK assay has utility in enhancing our understanding of how cells tolerate bactericidal antibiotic exposure, and which biological processes can be perturbed to overcome drug tolerance. Without question, improvements to our initial design should be made to best suit the needs of each investigator. However, this first iteration of SPOCK should help point us in the right direction towards taking a systems-level approach to addressing drug tolerance.

Written by Jonathan M. Stokes and Allison J. Lopatkin on behalf of all authors. 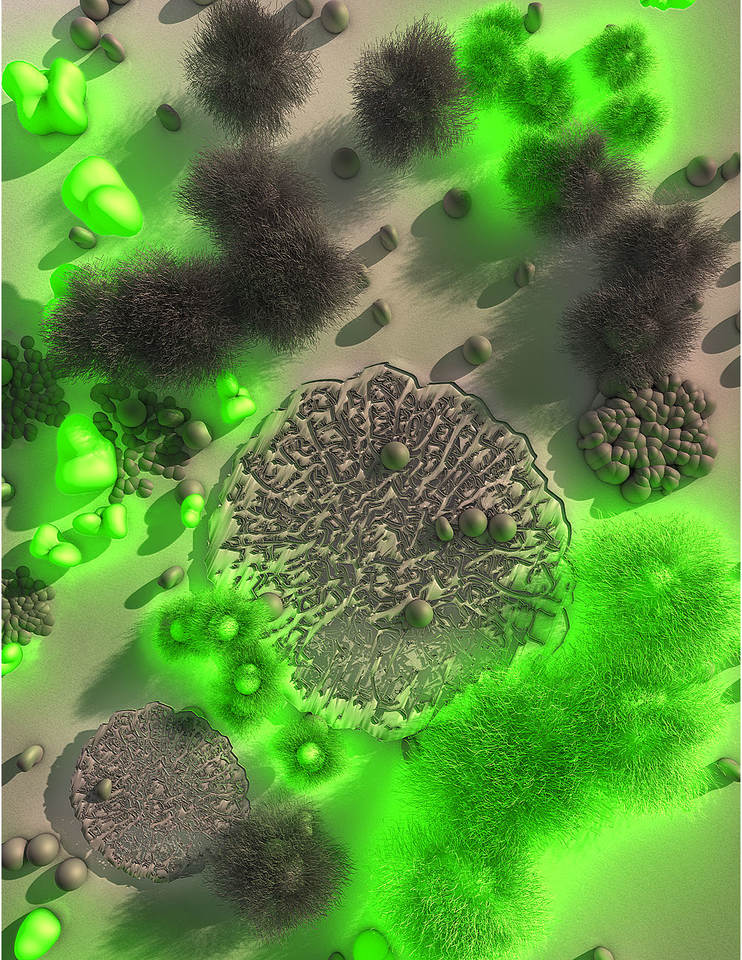