Five years ago today we launched Nature Protocols. It was the culmination of 6 months of hard work for the editorial team. Dot Clyde and myself had both started work at NPG at the start of January with a long list of things to sort out. First we had to decide on our scope, answering questions such as do physicists use protocols? Next we had to decide on a format. Although we had a rough guide from our colleagues on Nature Methods who had published some protocols, we had much more freedom. No page budgets and an online format. Dot had just left the lab, as had the rest of the editorial team we recruited (Bronwen, Alex, Andy, Baldo and Hannah), so there was much discussion of what scientists REALLY wanted to know about. Next there was peer reviewing – what would we ask the peer reviewers to do? Ideally we’d have liked them to repeat the procedure, but clearly that was not practical (although on occasion we have had peer reviewers do just that!) And then there was presentation – sorting out exactly how we would present all that information we gathered. Plus who was going to copy edit it all. Then of course, last, but most certainly not least, who would we invite to write? And would they agree to write for this new type of publication?

Thankfully many of the authors we approached were as enthusiastic about the concept of Nature Protocols as we were. We quickly received plenty of manuscripts to send out to peer review (helped by the fact that the protocols were already written and much tried-and-tested in our authors labs). Many of the peer reviewers we approached were pleased to help, and on 12th May we put our first example protocols on our web page. It was great to finally have some actual content, alongside the information about what we were doing.

In addition, we’d also worked on our system for researchers to post protocols-in-progress onto the site. Then called the Protocols Network, this launched with 14 protocols, all contributed by authors of recent papers published in other Nature publications. Today that system is bigger and better than ever before, and was recently relaunched as the Protocol Exchange, including lots of added featured we didn’t quite get round to including in 2006.

So, 5 years on, where is Nature Protocols now? The editors are all a little older (here we all are back in 2006): 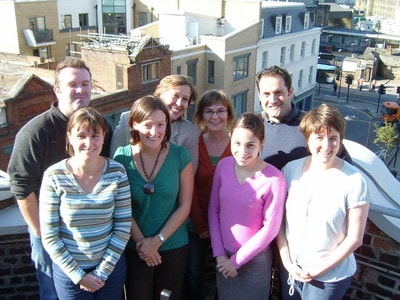 On the roof terrace in the summer of 2006. Back row, from left: Andy, Alex, Dot, Baldo. Front row, from left: Katharine, Hannah, Naomi (our first editorial assistant), Bronwen.

The feedback we’ve had from authors and users has been fantastic and largely positive, which is the best reward an editor can have. Our most cited article on Scopus – "Systematic and integrative analysis of large gene lists using DAVID bioinformatics resources by Huang, Sherman and Lempicki ":http://dx.doi.org/10.1038/nprot.2008.211 – published in December 2008 has been cited 847 times. We’ve published old favourites, such as the single step method of RNA isolation by acid guanidinium thiocyanate-phenol-choroform by Piotr Chomczynski & Nicoletta Sacchi and the latest protocols published in Nature, such as "Kazutoshi Takahashi, Keisuke Okita, Masato Nakagawa & Shinya Yamanakas’ protocol for the induction of pluripotent stem cells from fibroblast cultures ":http://dx.doi.org/10.1038/nprot.2007.418. We’ve followed dramatic progress in certain fields – for example, the new protocols available using next generation sequencing have revolutionised research progress. It’s now possible to rapidly sequence single cells, as demonstrated by Fuchou Tang, Catalin Barbacioru, Ellen Nordman, Bin Li, Nanlan Xu, Vladimir I Bashkirov, Kaiqin Lao & M Azim Surani who used RNA-Seq analysis to capture the transcriptome landscape of a single cell. We continue to enjoy following the progress of stem cell research, which, as well as making dramatic progress actually generating stem cells, has produced improved protocols for researchers in other areas, such as the ability to generate gene knockout rats, described by Chang Tong, Guanyi Huang, Charles Ashton, Ping Li & Qi-Long Ying.

And the future? Well, I’ve taken a step back now and so that’s a question for our current Chief Editor, Chris Surridge, but I am sure we will continue to concentrate on our core aim back from 2006 of “publishing the protocols being used to answer outstanding biological and biomedical science research questions, including methods grounded in physics and chemistry that have a practical application to the study of biological problems”. All that’s left for me to do now is give a final thanks to all who have contributed to the success of Nature Protocols so far and say, heres to the next 5 years! 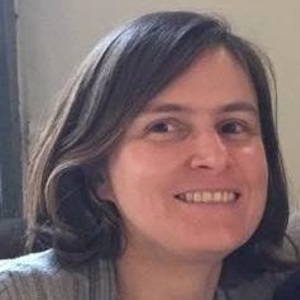