Data visualization: A view of every Points of View column

We’ve organized all the Points of View columns on data visualization published in Nature Methods and provide this as a guide to accessing this trove of practical advice on visualizing scientific data.

As of July 30, 2013 Nature Methods has published 35 Points of View columns written by Bang Wong, Martin Krzywinski and their co-authors: Nils Gehlenborg, Cydney Nielsen, Noam Shoresh, Rikke Schmidt Kjærgaard, Erica Savig and Alberto Cairo. As we prepare to launch a new column in our September issue we felt this would be a good time to collect and organize links to all the Points of View articles together in one place to make it easier to navigate this wonderful resource that the authors have provided us. For the month of August we will be making all the columns free to access so everyone can benefit from this practical advice on data visualization.

This should not be the end of the Points of View column though. We will be inviting new visualization experts to author articles on new topics that have not been covered so far or which can be expanded on. This page will be continuously updated whenever a new article is published so stay tuned. If you have a suggestion for a topic you would like to see covered in a future points of view article please comment below.

Update of March 28, 2015: A PDF eBook of the 38 Points of View articles published between August 2010 and February 2015 is now available at the Nature Shop for $7.99 under the title “Visual strategies for biological data: the collected Points of View”. The article summaries below provide a nice overview of what is contained in that eBook collection. 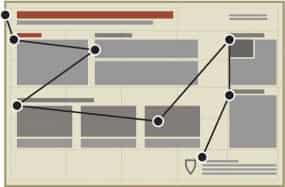 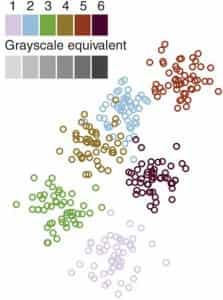 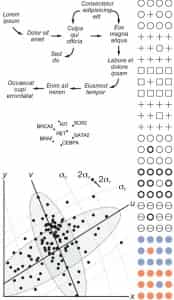 Elements of a figure
Typography – April 2011
Choose typefaces, sizes and spacing to clarify the structure and meaning of the text
Axes, ticks and grids – March 2013
Make navigational elements distinct and unobtrusive to maintain visual priority of data
Labels and callouts – April 2013
Figure labels require the same consistency and alignment in their layout as text
Plotting symbols – June 2013
Choose distinct symbols that overlap without ambiguity and communicate relationships in data
Arrows – September 2011
Use well-proportioned arrows sparingly and consistently as a guide through complex information 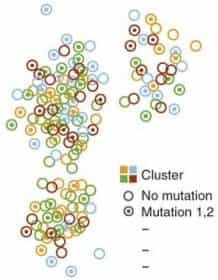 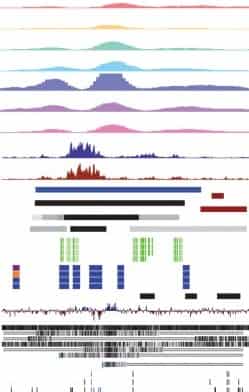