Sunset on the PSI

As discussed in this month’s Editorial, the Protein Structure Initiative (PSI), a 15-year, nearly $1 billion structural genomics project funded by the National Institute of General Medical Sciences (NIGMS), will be coming to an end in 2015. The impact of ending this project should be minimized to avoid the loss of valuable resources and expertise.

The PSI was begun in 2000 when the US NIH budget was in the midst of substantial growth, spurring the creation of many new “big science” projects. At that time, protein structure determination was painfully slow. The PSI’s initial goals were to develop tools and methods to improve the speed and ability to solve protein structures, as well as to generate a large resource of novel and unique protein structures to facilitate homology modeling and to promote follow-up functional studies. 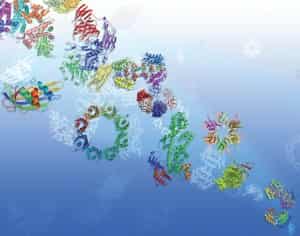 The PSI drew criticisms from many in the structural biology community from its inception, however. Critics of the first two phases of the PSI pointed out that it focused mainly on solving small bacterial protein structures that were not biologically very interesting, simply because they were relatively easy to express, purify and crystallize. This led the PSI to substantially change course in the third and current phase, PSI-Biology, which began in 2010. The emphasis on throughput was diminished and shifted to solving important, difficult structures like human membrane proteins and drug targets. This change of course has led to several successful structures for highly interesting yet difficult proteins such as GPCRs.

In 2013, a scientific advisory panel produced a mid-point evaluation report of PSI-Biology for NIGMS (PDF), assessing its strengths and weaknesses. The panel commended the impressive number of high-quality structures and methodological advances of the PSI centers, but noted that outreach to the broader biological community was inadequate. The panel found that the PSI’s community resources – the Structural Biology Knowledgebase, a portal for research, news and resources produced by the PSI (in collaboration with Nature Publishing Group), and the Materials Repository, which provides over 80,000 plasmids and 106 empty vectors to the community – were not widely taken advantage of by researchers outside the PSI. The panel also noted that NIGMS should start planning to transition the PSI from its current set-aside funding structure to a different funding model that maintains its unique resources and capabilities – but that it should also extend PSI-Biology for another 3 to 5 years past 2015 to allow it to reach its full potential.

However, budget cuts and a reassessment of NIGMS’s large-scale research initiatives by its new director, Jon Lorsch, has led the institute to prematurely cut the program after the current phase, PSI-Biology, ends in 2015.

The loss of this large-scale program will certainly shake up structural biology in the US, particularly for all those involved in the PSI but also for the many researchers – even outside of traditional structural biology – who benefit from PSI resources. As we discuss in this month’s Editorial, NIGMS now has the opportunity to set an example for other funding agencies in how to wind down a big science project with minimal negative impact. Internal and external transition planning committees have been created by NIGMS to determine which resources and capabilities developed by the PSI should be preserved and how this can be done. NIGMS has also put out a Request for Information seeking community input on the utility of resources developed by the PSI; the response date (May 23, 2014) has only just passed.

NIGMS is expected to make a decision before the end of 2014 as to what will be done with the substantial high-throughput expression, purification and crystallization facilities developed during the PSI’s tenure. In the Editorial we argue that this infrastructure – and the large-scale raw data and metadata generated that is not in any database, but is valuable for mining and algorithm development – should be preserved as much as possible. We argue that a project to systematically sample protein folds should be continued on a smaller scale. We also argue that NIGMS should continue to facilitate team research – as the internal transition planning committee chair Douglas Sheeley has said it will – to tackle particularly challenging structural biology research problems that require hybrid methods to solve.

We will be watching closely to see whether the negative fallout from the end of the PSI can indeed be minimized.

Allison has been an editor with Nature Methods since 2005, and chief editor since November 2018. She has been responsible for all areas of biochemistry for the journal, including structural biology and proteomics. Prior to her editorial career, she completed her Ph.D. in Chemistry at Princeton University, where she studied de novo protein design and protein-ligand interactions using NMR spectroscopy.
19 Contributions
1 Followers
0 Following